Kangana Ranaut has been the talk-of-the-town for various reasons, mostly controversies. The Manikarnika actress is being praised for her performance in the film as well as her outspoken nature. She has recently called out the whole of Bollywood for ganging up against her and how she is going to be after them from now on. While her movie has fared well at the box office so far, Kangana is being appreciated by a few of the celebrities and A-listers. After Anupam Kher it is now the Chief Minister of Arunachal Pradesh, Pema Khandu, who took to Twitter to appreciate one of her statements. 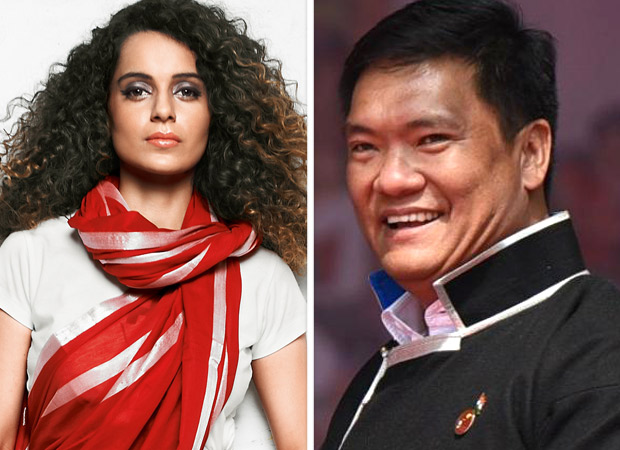 In one of her interviews, Kangana spoke about how it is high time that the famous people opened up about the problems the commoners face and not just when it is convenient for them. She correctly pointed out how as an artiste, they should be able to voice their opinions without fearing the consequences. She wants the successful ones to take responsibility of their stardom. Pema Khandu shared one such video and lauded her for her honesty.

Manikarnika: Queen Of Jhansi has almost made 85 crores at the box office and still continues to roar among the audiences. Tell us about your opinions on Kangana’s statement.