Akshay Kumar had his Diwali release with comedy film Housefull 4 starring an ensemble cast. As the film has already crossed Rs. 100 crores at the box office, discussion began about the figures being exaggerated. Akshay Kumar, on the other hand, said that nobody is going to lie about this. 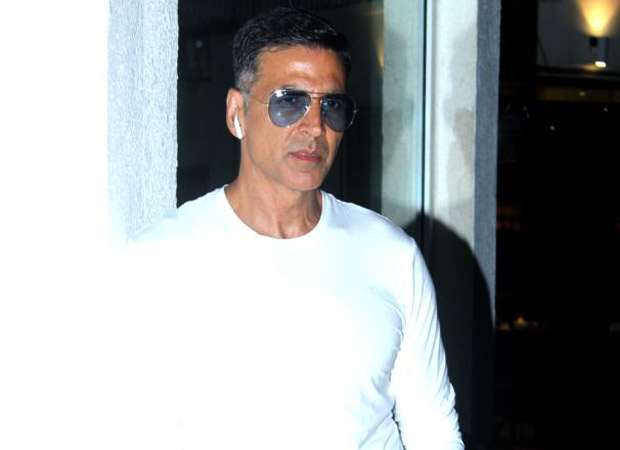 When asked whether the trends on twitter about fake Housefull 4 numbers upset him, Akshay Kumar said, “Do I look upset? I am from that era where I have heard a lot of people say a lot of things. But I have never said anything. In my school, I was taught, ‘Mind your own business.’”

Just recently, Ronnie Screwvala pointed out that trade analysts should report box office numbers accurately. He clarified that it wasn’t about one movie (since Housefull 4 released that weekend) but as a system, the numbers should be reported accurately because it builds credibility of the industry.

When Akshay Kumar was asked about how he feels about this in general, he added, “It doesn’t make a difference. What will I do? You can talk to theatre owners. You will keep asking me this same question four times to get an answer. The answer is I am not writing all this. These people are writing it. I am not running anything. My point of view is very simple, whatever comes in front of the media as you react to it, I react to it. So, there is nothing new about it.”

“There is a studio called Fox Star Studios (involved with the film), it has big credibility. It is corporate. It runs from LA. It is not possible. We should use our brains. They make films of millions and millions of dollars and for them to increase by three or five nothing will happen. So, let’s talk sense. They (Fox Star Studios) are writing it on their own (Twitter) handle and it goes everywhere, they have to report to everyone. Nobody is going to lie about this,” he added.

When asked what the last box office figure he knew the film had made, he maintained the film has done a business of about Rs. 137 crores.

Further, someone asked what if box office figures are not put on public platforms. To this, Akshay Kumar responded, “If a corporate won’t put then anyone else will put it. It is like an open book, one can call theatres and you can calculate it. I don’t think that we shouldn’t put it, we should put it.”