All fans of superstar Akshay Kumar would be aware that the actor has kicked off his next Kesari in Wai. Recent reports confirmed that the actor has returned to the next schedule of this period war drama. But it seems like that wasn’t the only agenda on Akshay’s planner. In fact, whilst he was in this quaint town of Maharashtra, he also took some time out for philanthropy. Despite the busy schedule, Akshay wanted to do something for the people of Maharashtra and his gesture, we hear was truly heart-touching. 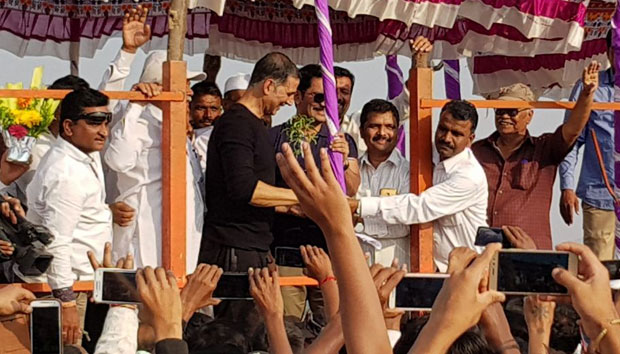 According to reports, Akshay Kumar, after wrapping up the shoot of Kesari, decided to take off to Pimpode Budruk, a small rural community located in the Koregaon Tehsil in Satara. The condition in this region is said to be extremely critical with extreme water crisis. Ever since Kesari went on floor in Wai, Akshay we hear was seen showcasing keen interest in the climatic conditions of the region. For the same, he has been bonding with many locals around. So, he came to know about Pimpode Budruk from one of the locals he was interacting with. 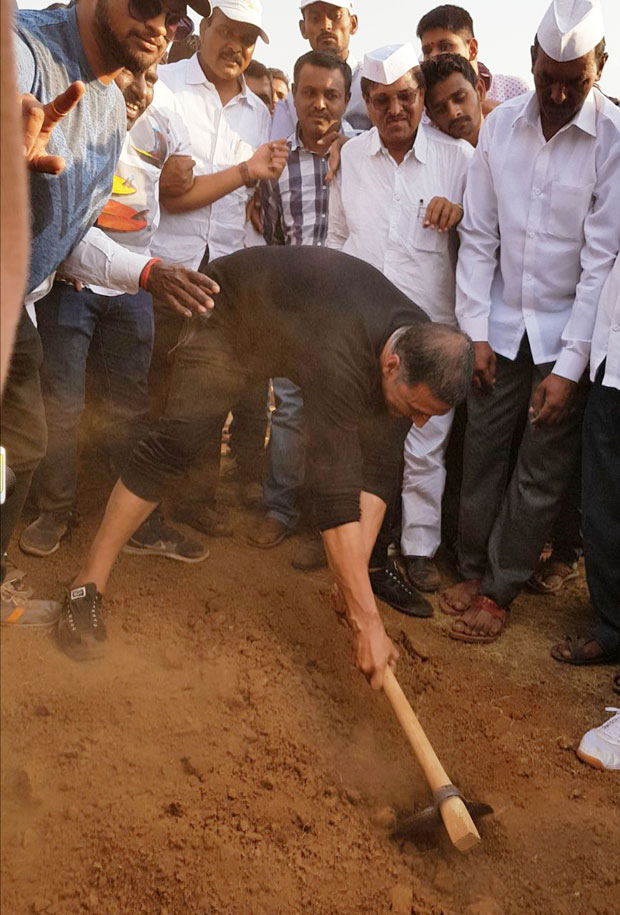 From then on, Akshay Kumar has been taking frequent trips to this Koregaon Tehsil. In fact, sources have been reportedly quoted stating that the superstar travelled recently to help them dig huge recharge pits to store harvested water. Also, very few may be aware that Akshay has already donated a sum of Rs. 25 lakhs for these villagers in Satara to invest in water harvesting. 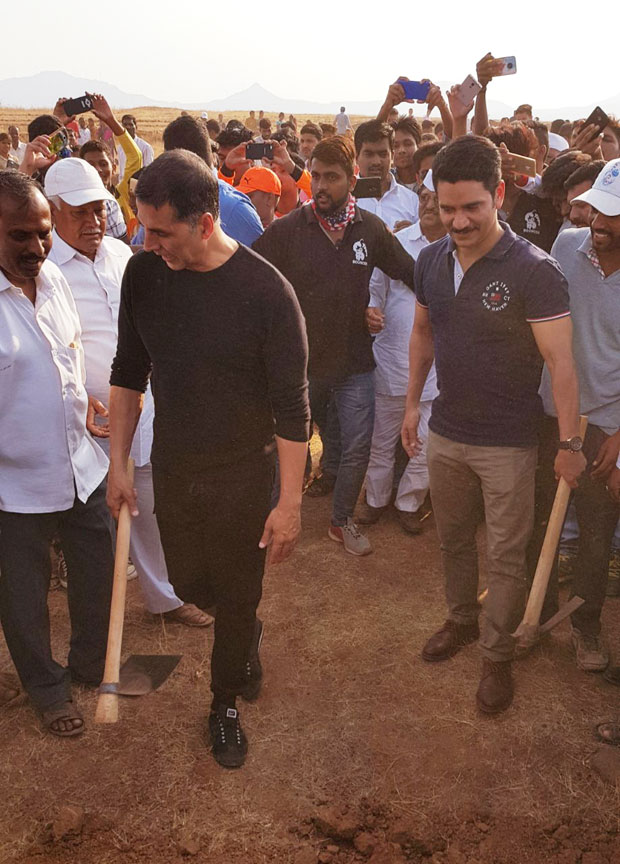 In fact, reports also have it that the crowd was not just excited to have Akshay Kumar with them but also cheered out aloud when the superstar expressed his support by stating that ‘there should be water in their taps not in their eyes.’

Speaking on his film Kesari, it is a Karan Johar production, directed by Anurag Singh and is based on the 1897 Battle of Saragarhi.