Akshay Kumar and Vidya Balan had an onscreen reunion last year with Mission Mangal. The movie was based on the mission carried out by ISRO called Mission Orbiter Mars (MoM). The movie was one of the blockbusters among Akshay Kumar’s other releases. Making heads turn with the dedication of real-life heroes, it beautifully depicted the struggles and efforts put to make it a successful mission. 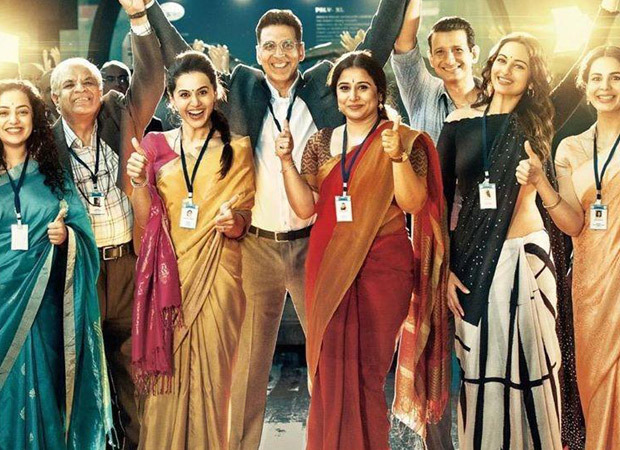 Mission Mangal was a clear hit in India and now, it has been released in Hong Kong where it is being screened with Cantonese subtitled and Akshay Kumar is just basking in the glory of this moment. He took to his Instagram to share the poster with the caption, “Feeling proud #MissionMangal is now running with Cantonese subtitles across theatres in Hong Kong. @balanvidya @taapsee @aslisona @nithyamenen @TheSharmanJoshi @iamkirtikulhari #JaganShakti @foxstarhindi #CapeOfGoodFilms #HopeProductions”

It surely is a proud moment for the makers of this film along with the star cast that included Sonakshi Sinha, Taapsee Pannu, Nithya Menen, and Sharman Joshi among the others.