Saif Ali Khan, who will next be seen in Baazaar, recently confessed about the kind of films he would like to explore in the future. While his latest films have been in unconventional zone like Phantom and even Kaalakaandi being in the dark comedy space, Saif now wants to return to the commercial space. However, the actor has also asserted that he isn’t interested in arty or serious films but it is comedy that he is intrigued about. Keeping it in mind, he will now be collaborating with Sonu Ke Titu Ki Sweety director Luv Ranjan. 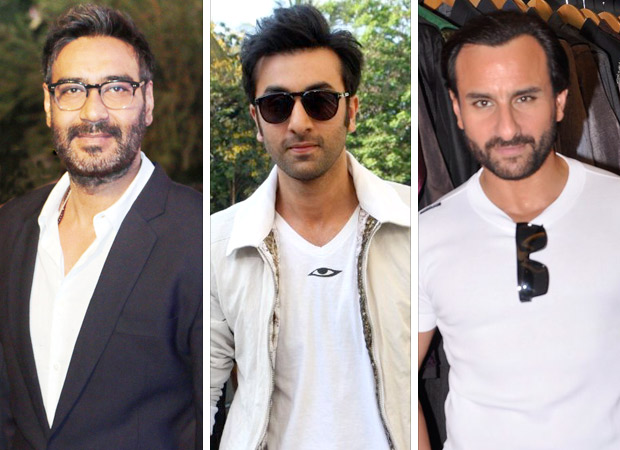 Known for films like the Pyaar Ka Punchnama series and with Sonu Ke Titu Ki Sweety taking him to the Rs. 100 crore club, Luv Ranjan has undoubtedly established himself in the comedy zone. And now, we hear that he is in talks with Saif Ali Khan for the same. Confirming it in recent reports, Saif also added the movie hasn’t been finalized yet but he also mentioned that he will be playing the role of a father.

However, Saif Ali Khan was also quick to state that currently the modalities are being worked out. On the other hand, Luv Ranjan is currently producing a rom-com with Ajay Devgn that will bring together the Haqeeqat couple Ajay and Tabu. Also, it is being said that he will soon be working with Saif’s brother-in-law [Kareena Kapoor Khan’s cousin] Ranbir Kapoor. But the details of the same haven’t been announced.

As for Saif Ali Khan, the actor’s digital debut Sacred Games, the TV show based on the novel by the same name, will be releasing in July. Currently, he is shooting for the period drama, directed by Navdeep Singh of NH10 fame, in picturesque and palatial locations in Rajasthan. Apart from that, Saif also revealed in these reports that they have started the prep for Go Goa Gone 2 and will be locking in its details very soon.

Also Read: SCOOP: Luv Ranjan trying to rope in Ajay Devgn with Ranbir Kapoor for his next?