Ranbir Kapoor and Luv Ranjan are mostly coming together for a quirky film very soon. Though there is no confirmation on the movie, we have yet another EXCLUSIVE update with regard to the same. Well, looks like Luv is keen on signing one more actor in the film with Ranbir and it would mostly be Ajay Devgn. An exciting piece of information isn’t it? The Raid star is a part of the first draft of the film but both Ranbir and the Ajay are yet to get together and jam on the idea. After getting final consent from both the actors will the film go to next stage. Let us keep our fingers crossed and hope that these two powerhouses of talent come together real soon. 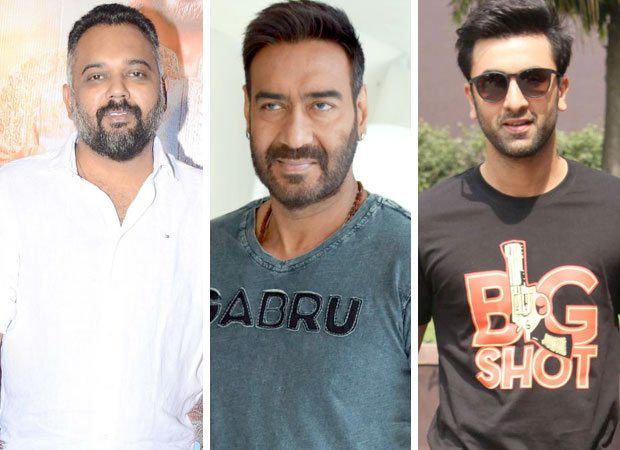 Luv, recently, revealed to us that though nothing is concrete as of now, he did meet Ranbir for a narration. He said, “Yes I did meet Ranbir Kapoor, and we discussed some ideas. But that’s about it. There’s no concrete plan yet to work with Ranbir or anyone else. Like I said, I won’t be directing for the next 19 months at least. I’ve no insecurities about losing the audiences’ interest and attention. Even before Sonu Ke Titu Ki Sweety, there were periods when I was not directing a film but scripting and preparing. I am not afraid of losing out on success.”

Ranbir Kapoor currently has his hands full with Brahmastra starring Alia Bhatt. He also was a lot in news after the release of Dutt teaser. His fans were astounded with his shocking transformation to Sanjay Dutt. It is touted that the movie is his career’s best performance till date. Let us hope that it brings Ranbir back on the trade market.