Ajay Devgn who has created a huge stir with the first look of Tanhaji: The Unsung Warrior is set to bring the stories of the bygone heroes on the silver screen for all to hear. The actor-filmmaker is also planning a franchise, which will chronicle stories of other unsung Indian heroes. 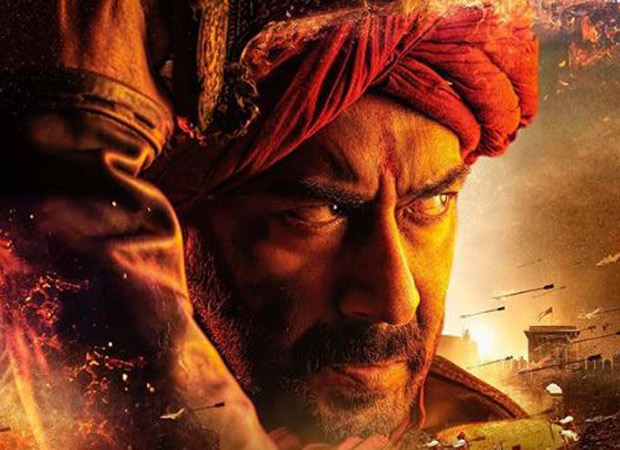 The superstar who has been fascinated with stories of bravery and patriotism has been continually scouting for stuff on men who have played a part in History. Having done films like The Legend of Bhagat Singh and now Tanhaji, Ajay Devgn wants to bring the life of these unsung warriors who have left an imprint on Indian history. But about whom not much is known. He is keen to turn the unsung Warriors into a series so such men can be celebrated.

Ajay Devgn’s team has already shortlisted some stories that he’s keen to narrate. The idea for the franchise struck while the actor was researching his role as Tanhaji Malusare, the commander of Chhatrapati Shivaji Maharaj’s army, in the Om Raut-directed action-drama.

The actor-filmmaker is quite assured that Tanhaji will find favour with youngsters even though it’s a period based story. “If Avengers can attract the youth, our heroes and unsung warriors can also find a connection with them. You have to tell a story on a grand scale with emphasis on character values,” the source explains.

While Ajay, Kajol, and Saif Ali Khan spearhead Tanhaji, the buzz is, other A-list actors will be approached for central roles in films which will be a part of the franchise. The movie will be produced under Devgn’s banner and depending on who suits which part best, other actors will be cast.

When probed about the commercial viability of the series, considering that it would require state-of-the-art visuals, the source reasons that while the cost of making a historical is high, Ajay’s company also has a VFX division, which continues to push the envelope in this field.

Speaking about the same, Ajay says, “When researching Tanhaji, I was fascinated by warriors like him who have made significant contributions to our freedom movement. These are stories of valour and I want to bring some of them to the screen.”

Crediting the director of his upcoming historical action drama for this, the actor-producer adds, “Om simultaneously came up with the idea of showcasing the lives of other unsung warriors. The seed was actually planted by him but the thought remained. We should take it forward.”