Ajay Devgn has tons of projects in the pipeline and one of them is Luv Ranjan's production which stars him alongside Ranbir Kapoor. As the Raajneeti stars are all set to reunite after their 2010 political drama, the fans are stoked about it. But, the film is yet to go on the floor and it is speculated for Christmas 2020 release. Interestingly, another film is set for that weekend and it is Aamir Khan starrer Laal Singh Chaddha. The film is an adaptation of Hollywood film, Forrest Gump. 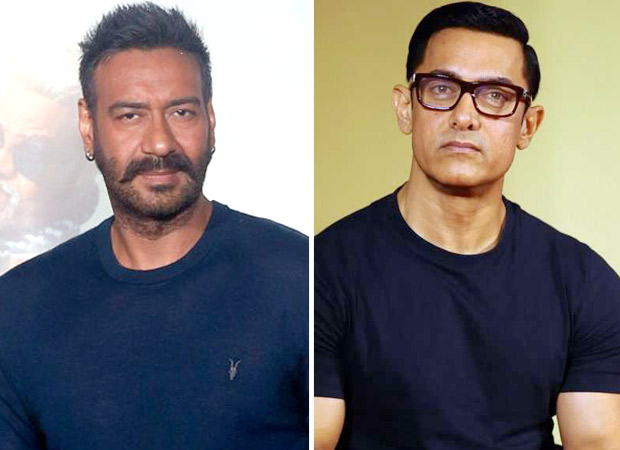 Is Ajay Devgn clashing with Aamir Khan during Christmas 2020?

Ajay Devgn, who is promoting his film De De Pyaar De which is also Luv Ranjan's co-production, was recently asked about the clash and whether his film is set for 2020. He said, “We don’t know what is happening about the clash, that Luv will decide. I heard the same day ‘Avatar’ is releasing in that case we both will have to run away. ‘Avatar’ is big.”

While Luv Ranjan has made his staple romance comedies, it was early reported that this time will be an action thriller. As there were speculated reports that had revealed that Ajay Devgn might be essaying the role of Ranbir Kapoor's father. When asked about the rumours, Ajay quipped, "You don't know what I am playing. People are just speculating it. I am saying I don't know where this has come from. So, you keep speculating it and I am enjoying it."

On the work front, Ajay Devgn has an array of films lined up including De De Pyaar De, Tanhaji – The Unsung Warrior, Chanakya, Luv Ranjan film with Ranbir Kapoor, Bhuj – The Pride Of India, Syed Abdul Rahim biopic and RRR.