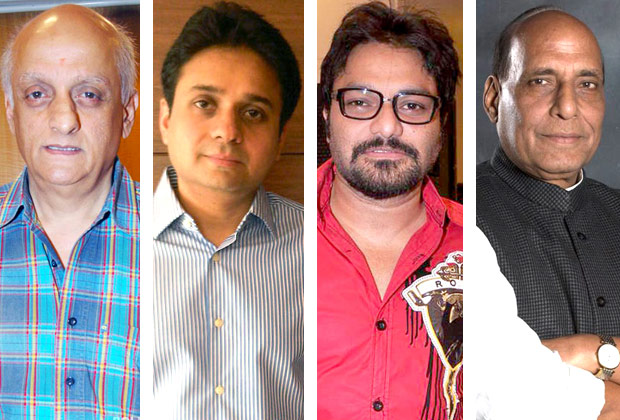 By now, all of us are aware of the ongoing controversy between Karan Johar’s Ae Dil Hai Mushkil and MNS, which is getting stronger by every passing minute. Recently, after Karan Johar’s video went viral about his decision of not working with Pakistani actors henceforth, the MNS rubbished the same, stating that ‘Karan Johar had woken up late’. The latest update on the case is that, Mukesh Bhatt (President-Film & Television Producers Guild of India), Apoorva Mehta from Dharma Productions and Union Minister Babul Supriyo had a meeting with the Union Minister of Home Affairs Rajnath Singh.

Speaking about the outcome of the meeting, Mukesh Bhatt said that Home Minister Rajnath Singh had assured that he would speak to the CM of every state and Ae Dil Hai Mushkil (ADHM) would release without any violence or issue. Meanwhile, Babul Supriyo, while reacting to MNS threat, said that Raj Thackeray's party was full of goons and that they should not have the right or audacity to create ruckus at theatres. When Mukesh Bhatt was asked about his faith in Mumbai Police, he said that he would give them 200 per cent marks. He added that, because ADHM was not releasing in Mumbai alone, they wanted to safeguard themselves. That’s the reason they met up with the Home Minister, as it was his domain.