A few weeks ago, Bollywood Hungama revealed that director Sabbir Khan has signed a three-film deal with Mard Ko Dard Nahi Hota debutante Abhimanyu Dassani. Now, it has been confirmed Abhimanyu is indeed starring in Sabbir's action film Nikamma. It will also mark the debut of Youtube sensation Shirley Setia. 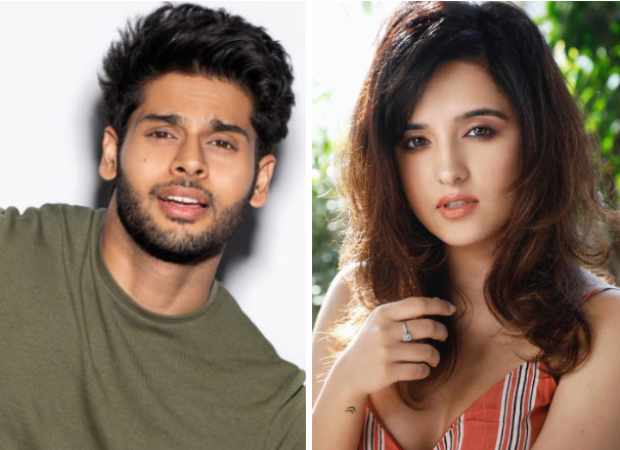 Sabbir, who launched Tiger Shroff and Kriti Sanon in Heropanti, said that he will always try to introduce new talent to the industry. The filmmaker added he is excited to present Abhimanyu and Shirley who are a breath of fresh air. He also said that they remind him of Tiger and Kriti from their debut days. The makers have already wrapped up the first schedule of the film. Even few scenes and a song have been shot on a massive scale.

Shirley Setia, famously known as Pyjama popstar on Youtube, became famous doing Bollywood song covers. With millions of fans across several platforms, the singer continues to enjoy a massive following. Speaking about her debut, she said that she could not have asked for a better launch in films. She is glad that her debut is a prestigious studio and Sabbir Khan who has successfully launched talents in the industry.

Abhimanyu Dassani, who is one movie old in the industry, said that that the belief Sabbir Khan and Sony Pictures have in him is exhilarating for him. He is excited for the new challenges with his genre.

Nikamma, backed by Sony Pictures Entertainment, will bring a flavour of action, comedy, romance and emotions which will connect with the audience just like Sabbir Khan's last ventures Baaghi and Heropanti. The film is scheduled to release in the summer of 2020.

This is for all my well wishers out there! Thank you so much for being by my side all these years!
Super excited to share about my Bollywood venture #Nikamma with @Abhimannyu_D directed by @sabbir24x7 Sir. Thank you so much #SabbirKhanFilms & @SonyPicsIndia ???? #NikammaFirstLook pic.twitter.com/iHd4fa8yHc