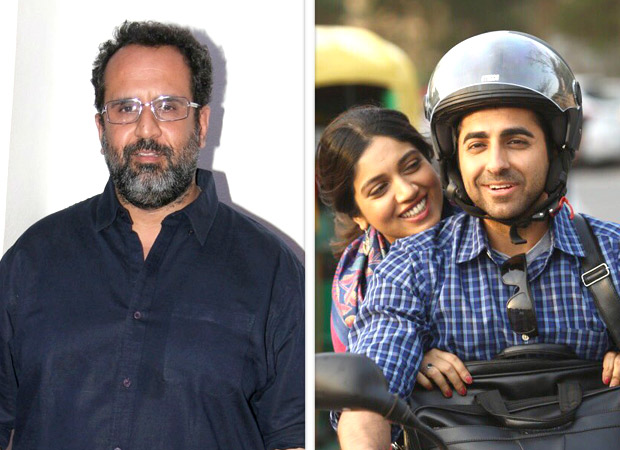 Although director R S Prasanna’s Shubh Mangal Savdhaan is based on the theme of a sexual dysfunction, the film’s co-producer Aanand Rai was determined to keep the proceedings sundar swach and susheel.

Not a moment of suggestiveness has been allowed to creep up in the film’s playing time. In fact so determined was Aanand to keep the proceedings clean and above-board that he actually reduced the length of a vital lip lock between the lead pair.

Says the film’s leading man Ayushmann Khurrana, “Yes, we do have a kiss, and Aanand Sir has reduced its length. We don’t want Shubh Mangal Savdhaan be even remotely offensive to any section of the audience. It’s a film targeted at family audiences. And the kiss has been modified accordingly.”

This is not the first time that a filmmaker has opted for a voluntary cut to keep the family audience happy. In Jolly LLB 2, references to 'Bata Shoe Company’ were removed by the film's makers before being submitted to the audience. Even in the controversial Lipstick Under My Burkha the director chose to voluntarily reduce the length of a love-making scene.

In the recent A Gentleman, Sidharth Malhotra and Jacqueline Fernandez just wouldn't stop kissing for a sequence even when the co-director ordered 'cut'. So the kiss was cut on the editing table.