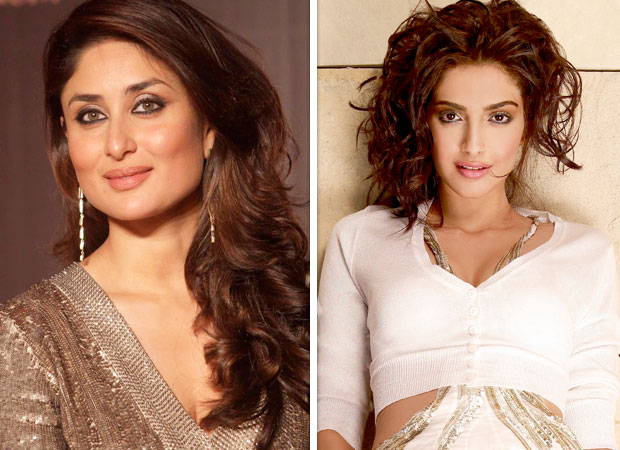 It’s been more than a year since Rhea Kapoor announced her much ambitious chick flick Veere Di Wedding featuring Kareena Kapoor Khan and Sonam Kapoor in the lead. While the film garnered attention owing to its star cast, the schedule that was supposed to go on floor last year, was pushed further owing to Kareena’s pregnancy. But now we hear that the stage has been set and the film has gone on floor in Delhi today.

Kareena Kapoor Khan resumed her work commitments earlier this year after the birth of her first child Taimur. The actress had taken a short maternity break and now, with all the preps completed, she was spotted at Mumbai airport last night taking off to the capital for the shoot for Veere Di Wedding. Followed by the same, Sonam Kapoor too flew to the city later in the night. Reportedly the first schedule, which will almost last a month, will be extensively shot in Delhi.

Enthusiastic about the film going on floor, Rhea Kapoor said, “We are really excited to start shooting. Delhi is a key location. The food, the fashion and everything it has to offer in terms of the lifestyle sector made it the ideal location to shoot Veere Di Wedding.” From what we hear, the actress will start off the shoot with an elaborate wedding sequence.

Furthermore, producer Ekta Kapoor added, “Delhi forms an essential part of the narrative of the film and as a city it adds to the vibe of Veere in a big way. Bebo, Sonam Swara, and Shikha are going to take Delhi by storm and all of that will translate beautifully onto the screen".

Directed by Shashanka Ghosh and written by Mehul Suri and Nidhi Mehra, Veere Di Wedding stars Kareena Kapoor Khan, Sonam Kapoor, Swara Bhaskar and Shikha Talsania. The film is a fun ride that explores the spirit of the modern Indian woman and will have a 2018 release.