Readers may be aware that Twinkle Khanna has ditched acting to pursue her love for writing. The former actress has been receiving rave reviews for speaking her mind and for her witty and sarcastic sense of humour. After launching two books, namely, Mrs. Funnybones and The Legend of Lakshmi Prasad, now the wife of superstar Akshay Kumar is all set for the third book. Launched by Sonam Kapoor, this one is titled Pyjamas Are Forgiving. 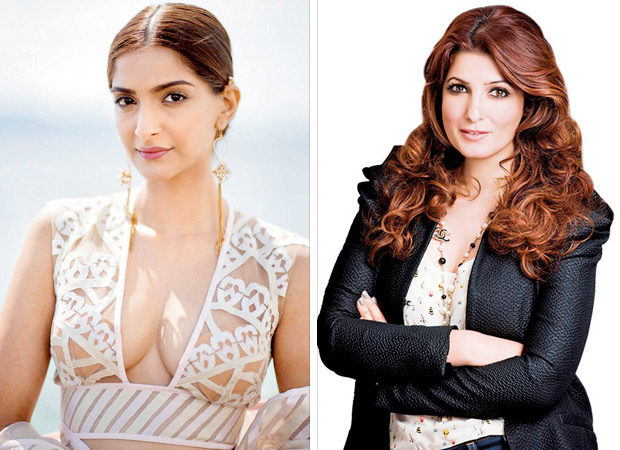 Well, in earlier reports we had mentioned that Pyjamas Are Forgiving will not be a compilation of stories but a novel of sorts revolving around an independent woman. The book narrates the story of a lady who has an unexpected encounter with her former husband and his current wife at a spa retreat and what unfolds later. While the book has been completed, it will be launched this week by Sonam Kapoor.

Sonam Kapoor recently worked with Twinkle Khanna in the latter’s debut production under her banner Mrs. Funnybones Movies, Pad Man. Speaking about it, Sonam confessed that she is a fan of Twinkle’s writing too. She also revealed about how she got to know Twinkle better whilst filming the Akshay Kumar starrer. Appreciating the actress turned author, the Kapoor girl added that she is impressed by the way Twinkle can speak her heart out. She is also all praises for her first book that Sonam has read and went on to express how eagerly she is waiting for this one too.

On the work front, Sonam Kapoor will next be seen alongside Rajkummar Rao, her real life father Anil Kapoor and Juhi Chawla in Ek Ladki Ko Dekha Toh Aisa Laga. Furthermore, Sonam will also feature in the adaptation of the Anuja Chauhan novel The Zoya Factor alongside Mollywood superstar Dulquer Salmaan, Sanjay Kapoor and Sikander Kher.