Well, fans will, for the first time witness this father - daughter duo coming together for a film! Anil Kapoor and Sonam Kapoor will be sharing screen space for the first time in Ek Ladki Ko Dekha Toh Aisa Laga. Interestingly, they will be reprising their real life role in reel life. While the stars of the film were enjoying all the anticipation surrounding it for the said reason, it seems that they were taken aback when they were asked to reshoot portions. But the dedicated stars decided to manage it despite their hectic commitments. 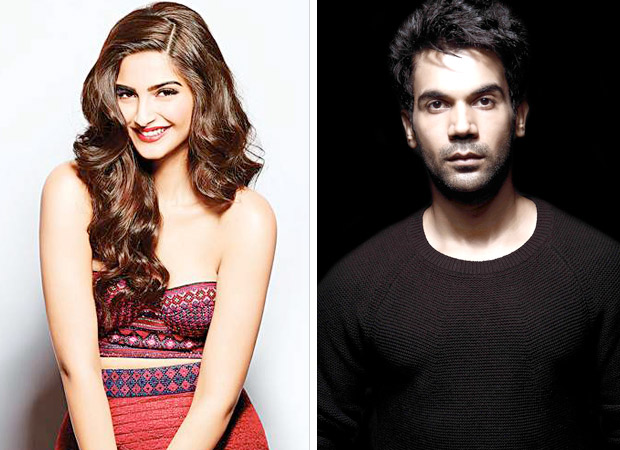 Well, we all know that Vidhu Vinod Chopra strives for perfection. When he saw the first rushes of his production, Ek Ladki Ko Dekha Toh Aisa Laga, he was reportedly not satisfied. He expressed his concerns to his sister Shelly Chopra who is making her directorial debut with this film. The filmmaker decided to abide by her brother's suggestion and thought of reshooting some of the portions in the film starting with certain scenes that feature Sonam Kapoor and her love interest in the film Rajkummar Rao. For the same when she approached the actors, she was faced with the dilemma of their hectic schedules.

Not surprisingly, Sonam Kapoor and Rajkummar Rao had already moved on to their other projects after the completion of Ek Ladki Ko Dekha Toh Aisa Laga. Sonam Kapoor will be kicking off The Zoya Factor with Dulquer Salmaan this week. On the other hand, Rajkummar Rao has been juggling between three films. Although Stree promotions will be coming to an end soon, the actor also has dedicated his time through the week for Made In China and Mental Hai Kya. Owing to the same, the actors are said to have busy weeks ahead. At the same time, reports have it that the actors are not in favour of delaying the shoot either because that would mean pushing the release date too. Hence, they decided to adjust the schedule during their day offs which are the weekends.

If reports are to be believed, Sonam and Rajkummar would require approximately 15 days to complete the shoot of Ek Ladki Ko Dekha Toh Aisa Laga. On the other hand, Anil Kapoor is expected to dedicate some time to the movie after he wraps up Total Dhamaal in October. The film is expected to release on February 1, 2019.

Also Read: Is the Rajkummar Rao and Shraddha Kapoor starrer Stree the surprise package of the season?