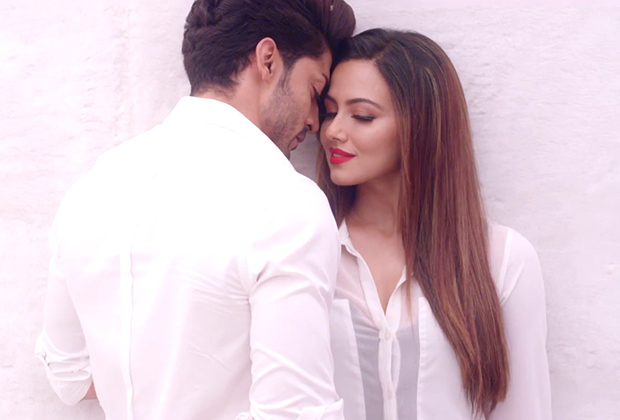 There are good expectations from the music from Wajah Tum Ho and there are a couple of reasons for that. First and foremost the film is backed by T-Series. Secondly, music of Vishal Pandya's films [Three - Love, Lies, Betrayal, Hate Story 2, Hate Story 3] has been traditionally good and hence one expects something good from his newest film as well.

What surprises though right at the beginning is the fact that there is just one original track in the film. Other than that, each of the remaining three numbers is a recreated version of a yesteryear chartbuster. Well, given the kind of composition that the title song 'Wajah Tum Ho' turns out to be, one wonders if the makers could have included a couple of other original tracks as well, since this Mithoon composition is actually quite good on ears. Written by Manoj Muntashir, who has been consistently belting out some good lyrics, this one has some good singing by Tulsi Kumar who totally runs the show here.

There are a couple of added versions as well with Altamash Faridi. While he features in the opening duet as well, he later goes solo and then also features in a lounge version. While he does try to fit into the proceedings, one just feels if Mithoon could have tried out different male singers for these three versions in order to bring on some variety.

Kishore Kumar rendered 'Pal Pal Dil Ke Paas' [Blackmail] has retained its charm even four decades after it was heard first as the Kalyanji Anandji's composition had boasted of some great melody with Rajendra Krishna's lyrics carrying good simplicity. Now for Wajah Tum Ho, composer Abhijit Vaghani creates his own version 'Dil Ke Paas'. Well, Arijit Singh has expressed his displeasure about how he sounds in the song but the fact remains that after one hears this version a couple of times, it brings in its own charm. In fact Tulsi Kumar is a good companion here and impresses all over again. Neuman Pinto chips in too with his English part.

Later, the song is also heard in an 'unplugged' version and this time around, it is Armaan Malik who is brought on board. This one is presented in a contemporary avtar with minimal instruments in the background and yet again, Armaan impresses with his soft-n-subtle style of singing. He has Tulsi Kumar for company while Shamita Bhatkar does too as a back-up vocalist. 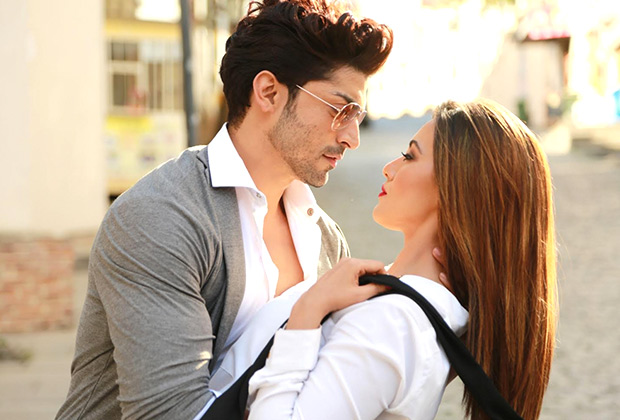 Next to arrive is the recreated version of R.D. Burman's 'Aise Na Mujhe Tum Dekho' [Darling Darling] and it actually turns out to be an even better song than 'Dil Ke Paas'. Reason being that it has an altogether new beginning which integrates seamlessly with the yesteryear chartbuster. Titled 'Dil Mein Chhupa Loonga', it has Armaan Malik leading the show and he is convincing singing for words written by Late Anand Bakshi as well as Kumaar. Meet Bros do a good job in making this song appeal well to the current generation and when Tulsi Kumar comes on board, she gives a completely different account from her usual self.

Almost a decade and a half ago, Kaante [2002] had turned out to be a smash musical hit and good credit for that had gone to the chartbuster number 'Maahi Vey' which was a Anand Raj Anand composition. This Richa Sharma song was a major success back then and Dev Kohli's lyrics had picked up well too cross generations. Now Kumaar adds on his own lyrics to the Neha Kakkar version which has been recreated by Gourov Roshin as 'Maahi Ve'. The song retains the charm of the original but one waits to see how it is actually choreographed for Wajah Tum Ho. It is a decent hear though one may prefer the original one.

Wajah Tum Ho is a well-rounded album with a consistent sound to it. Yes, most of the songs are recreated versions and that would make the purists go up in arms. However, the fact remains that there is good recollection quotient coming into play here which should ensure good ears (and eyeballs) for the film.

Check out: Zareen Khan does a pole dance in Wajah Tum Ho