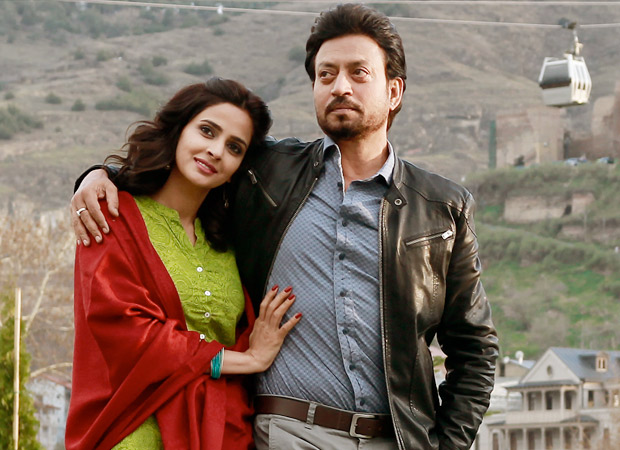 Considering the fact that Hindi Medium is a slice of life film, one isn't too sure about what to actually expect from the music. Films belonging to this genre (another example being Nil Battey Sannata that released last year) at best have a situational soundtrack. However, you soon enough realize that with names like T-Series and Dinesh Vijan involved, there is good entertainment that is eventually on the offering.

It is a winning start for Hindi Medium as Guru Randhawa and Arjun's 2016 chartbuster 'Suit Suit' is brought into the soundtrack of Hindi Medium. Since the song, which has original music by Intense (Guru Randhawa and Rajat Nagpal as the composers), is already quite popular, there is instant recollection that further helps kick-start the entertainment quotient for the Irrfan Khan and Saba Qamar starrer. A Punjabi celebration track which is pretty much a must today in every North Indian wedding, 'Suit Suit' should be good fun in the film.

The mood of the album changes soon enough with Sachin-Jigar bringing Atif Aslam on board to croon 'Hoor'. The video for the song is already out and it features Atif Aslam in a Western land. With a quintessential Indian feel to it, this one has some poetic lyrics by Priya Saraiya. There is trademark Atif Aslam sound to this love song which makes for an easy pleasant hearing. Though one waits to see the kind of distance that it eventually manages to cover due to its non-film appeal, for the time that it plays on it makes for a good hear.

The song which is set to cover a mega distance all over again though is Sukhbir's 'Oh Ho Ho Ho'. With added zing to the track which has music by Sukhbir and Abhijit Vaghani, lyrics by Kumaar and rap by Ikka, this one gets into the fourth gear right at the onset and never loses pace right through its duration. The song has been popular for an even longer time than 'Suit Suit' and one waits to see how it is picturised and at what junction does it actually appear. Rest assured, if it gets both these aspects right, 'Oh Ho Ho Ho' should add huge value to Hindi Medium.

Child singer Taniskaa Sanghvi is the lead singer for 'Ek Jindari' and it is remarkable to hear the kind of hold that the little girl has on the medium. Sachin-Jigar and Kumaar come together to create 'Ek Jindari' which is a situational track that can well be expected to arrive at number of junctures in the film's narrative. A fun track with good pace to it, this is the kind of film that keeps the pace of the film going.

The music of Hindi Medium turns out to be better than expected. The presence of two songs which are already chartbusters [‘Suit Suit’, ‘Oh Ho Ho Ho’] ensures that the music would be up in the charts soon enough. As for the other two tracks, you know that they would have a place in the narrative and would keep it all smooth.