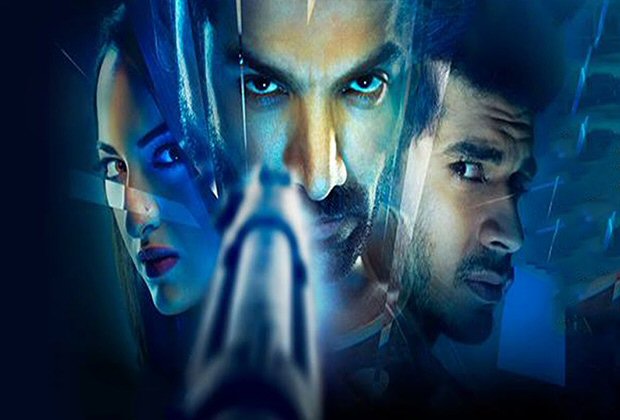 Music for an action film is traditionally situational. There have been a handful of such films where music has been all around entertaining and is remembered till date. Otherwise, the idea for most such soundtracks is to have the kind of score that fits in well into the narrative, doesn't let the pace down, get integrated well into the ambience and stay on well while the film plays on screen. This is what one expects from Force 2 as well which has music by Gourov Roshin and lyrics by Kumaar with Amaal Mallik and Rashmi Virag too chipping in with a song.

John Abraham's voiceover kick-starts the proceedings for Force 2 as he comes to the forefront for 'Rang Laal'. While he does make an impact right away with good baritone (and then reappears later in the song as well during the middle and end), it is the coming together of Dev Negi and Aditi Singh Sharma that aims at igniting passion when it comes to patriotism and fighting it out for what truly belongs to us all. Going by the current headlines when it comes to fighting the negative elements of the society, 'Rang Laal' gains well from good timing.

Laxmikant Pyarelal and Javed Akhtar's 'Kaate Nahi Katate Yeh Din Yeh Raat - I Love You' [Mr. India] is recreated as 'O Janiya' and the lady who is brought in to do the job is Neha Kakkar. The young woman is just the right follow up to Alisha Chinai as her voice comes with the right mix of naughtiness and seduction that had made the Sridevi number a huge chartbuster back in the 80s. Of course the 'remix' feel that one gets in this heavily orchestrated version would make quite a few purists cry aloud. However, when the intent is to have a song make an instant impact in quick time, 'O Janiya' does its job.

The song which comes next is 'Ishaara' which is an Amaal Mallik and Rashmi Virag show with Armaan Malik as the singer. The song does sound good on ears, though one does wonder about its fitment in the film, considering its action theme. The song has a melodic feel about it and while it could have been a much better bet (with promise of added popularity) in a romantic affair, one just hopes that it does get a good follow through after the theatrical run of Force 2 is through.

Gourov Roshin and Kumaar come back with their third song from the album, 'Catch Me If U Can'. This one has that sound right at the beginning which currently plays with the theatrical promo of the film. A situational track that should be a part of the background score and is expected to elevate the action appeal of the film, this one has Amaal Mallik heard in an altogether different avtar as he takes a full throated route. This one has a good pace around it and is used effectively in the film's narrative should end up enhancing it well.

As expected, the music of Force 2 is primarily as a 'fit-into-the-narrative' affair. Though one doesn't expect it to have a really long shelf life, it is quick and snappy that should keep the proceedings crisp.

4 Years Of Force 2: Sonakshi Sinha recalls shooting with John Abraham and Tahir Raj Bhasin, says she is proud of the film

4 Years of Force 2: “Parts that are layered, have human flaws that attract me”, says Tahir Raj Bhasin

Force 2 distributors accused of piracy and leaking the film