Last Updated 06.12.2021 | 11:13 AM IST
feedback language
follow us on
Bollywood Hungama » Movies » Movie Reviews » Deadpool 2 (English) Movie Review: If you have watched the first film and liked it, there are high chances that Deadpool 2 will blow you away. For those who like superhero films, this one is a superhero film with a difference.

Movie Review: If you have watched the first film and liked it, there are high chances that Deadpool 2 will blow you away. For those who like superhero films, this one is a superhero film with a difference.

Back in 2016, we saw the release of an unlikely superhero film in the form of DEADPOOL. Back then the makers of the film took a gamble and kept the film R-rated to do justice to the foul mouthed ass kicking, quick witted and sarcastic superhero Deadpool. The film which released amid much fanfare went on to work brilliantly well at the box office, warranting a sequel. Now a couple of years on and we see Ryan Reynolds, yeah the same guy from the forgettable and regrettable GREEN LANTERN, return to the big screen with DEADPOOL 2. But will the sequel work its magic at the box office, or will it like so many other franchise sequels bite the bullet is the question. 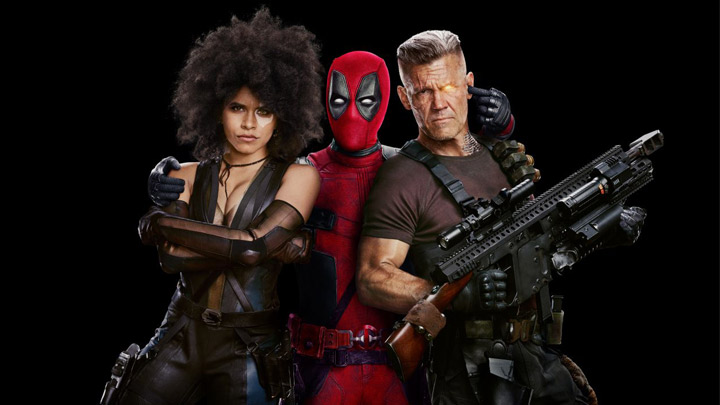 DEADPOOL 2, starts off with the foul-mouthed mutant mercenary Wade Wilson (A.K.A. Deadpool), blowing himself to pieces after a tragedy only to be rescued by Colossus, who is on a mission to enroll Deadpool at Professor Charles Xavier’s home for the gifted, and eventually into the X-Men. However, Deadpool being well basically Deadpool, manages to bugle things up when they are called to assist with a rogue mutant kid. After an initial altercation, Deadpool is sent back to the ‘ice box’ along with Russell AKA FireFists (Julian Dennison). Unfortunately, a super soldier from the future, Cable (Josh Brolin) travels back in time to eliminate Russell and save his era. Will Deadpool manage to protect Russell whom he has developed a liking for, will Cable prove to be too overpoweringly strong, or will Deadpool finally join the X-Men, are some of the questions that make up the rest of the film.

Going into a film like DEADPOOL 2 you are faced with the question of how can the makers live up to the expectation that have been developed by the first film? Coupled with this is the fact that the makers are faced with a task of making a film wherein the lead character is constantly able to break through the fourth wall and communicate with the audience. This melange of rather tough questions is answered in DEADPOOL 2 with a stellar script and some top notch direction. David Leitch has done a marvellous job of interweaving the story of Wade Wilson AKA Deadpool along with the narrative that gives the character enough leg room to pass some snarky comments and establish a rapport with the viewer. Double innuendo gags, well scripted humour and oneliners that come with a punch are some of the high points of the film. However despite this, DEADPOOL 2 does have moments that can leave some viewers a little lost, yes we are indeed referring to the multiple references to pop culture, films from the years gone by that have burned themselves into memory and some latest releases too. But with a lead character that is aware of these references, it becomes a breeze to watch a comic character come to life on the big screen.

Coming to the performances in the film, Deadpool 2 is as the name would suggest a Ryan Reynolds film all the way. No not like the 2011 film GREEN LANTERN, instead like the first DEADPOOL, it's very entertaining. With Reynolds going all out to infuse life into the character in the process spilling some of his own real life charm and charisma into it, the film rests firmly on his shoulders. Other cast members who have prominent roles in the film like Cable for instance, played by none other than Thanos err… sorry… Josh Brolin is on point yet again. Be it playing the mad titan or the time travelling super soldier, Brolin brings a depth to his character that is rarely seen on the big screens these days. Zazie Beetz as Domino, Julian Dennison as Russell, TJ Miller as Weasel and of course Karan Soni as Dopinder do an equally good job in their given roles. However, when it comes to Morena Baccarin as Vanessa one can’t help but notice how underused her character is. In fact with fleeting screen time, Morena’s might just be the smallest dialogued role in the film. 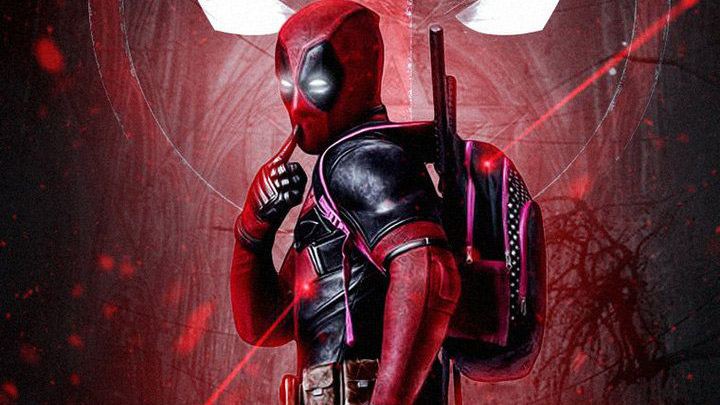 Assisting the stellar performances in the film is the action. Like the first DEADPOOL 2 keeps the action crisp and limited, not going overboard with bodies flying lends the film a more plausible feel thus developing a better rapport with the viewer. But don’t be disheartened, for the action seekers, this film holds more than its fair share of awkwardly twisted limbs, head rolls (literally), blood splatter and yeah fire balls!!! Another aspect of the film that works well with the on screen happenings is the background score. But since the lead character is able to break through the fourth wall, the background score more or less acts like a playlist for the character as he goes about his business. This concept helps audience unconsciously prepare for an upcoming sequence without realizing that they have been drawn into it.

But what is all this without the amazing visuals, right? DEADPOOL 2 features some of the best visual effects in recent times. No, it isn’t like AVATAR great; instead it is more like a live action film that has CGI and VFX blended into the mix seamlessly. This slick merger of CGI into the live action film takes things up a notch for DEADPOOL 2 delivering that extra bit of punch when it matters the most.

On the whole, if you have watched the first film in the series and liked it, there are high chances that DEADPOOL 2 will blow you away. For those who like superhero films, this one is a superhero film with a difference. In the end, DEADPOOL 2 that features some crazy action, wicked humour, madcap one liners and well timed humour is definitely a must watch.

At the Indian box office, with no big releases hitting screens for another couple of weeks, DEADPOOL 2 looks set to enjoy a stellar run.

Did you know Ryan Reynolds voiced the character of Juggernaut in Deadpool 2?

Published on May 18, 2020 07:00 AM IST
Bollywood Hungama News Network https://www.bollywoodhungama.com/

Box Office: Deadpool 2 stands at approx. Rs. 54 crore after second weekend, 102 Not Out is around Rs. 50 crore