Vijay Deverakonda is the star that everyone now loves and wants to work with. After his Arjun Reddy stint, he has gone onto become a superstar. His films are being remade in several languages. A few weeks ago, Vijay Deverakonda announced his next project World Famous Lover. 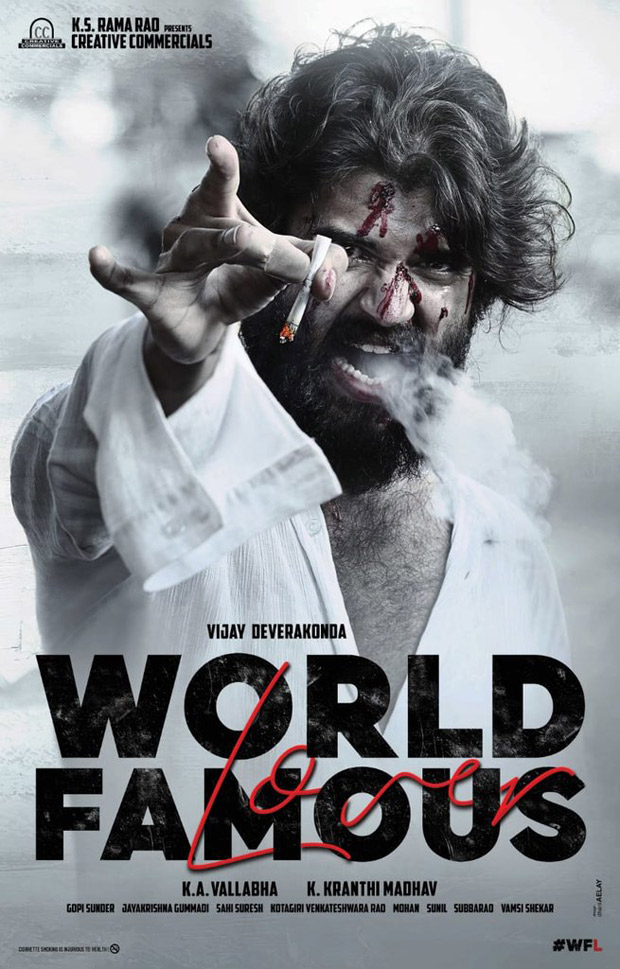 And now, we have the first look of the film. The makers of the film released the first-look poster on September 20. While the poster will remind you of Arjun Reddy, it is even more intense. In the poster, Vijay Deverakonda looks very angry, bloody and bruised. The actor is flipping a cigarette and blowing the smoke and fans loving his yet another intriguing look. He wrote, "First Look. #WorldFamousLover #WFLFirstLook."

As per reports, Vijay Deverakonda will essay the role of a man with an 8-year-old child. He will romance four ladies - Raashi Khanna, Aishwarya Rajesh, Catherine Teresa, Isabelle Leita. Directed by Kranthi Madhav, the film is produced by KA Vallabha. The release date is yet to announced.