One of the main reasons people come to Twitter is to keep informed about their interests and be entertained. Over the years, Twitter has become an essential part of people’s entertainment journey and experience, connecting them to their favourite artists and people who care about the same things. Entertainment conversations on the service aren’t limited to just films and television, but also cover cultural topics like fandom, fashion, and so much more. In 2021, entertainment enthusiasts waited eagerly for theatre releases as strong titles including Vijay and Vijay Sethupathi's Master and Pawan Kalyan's Vakeel Saab were scheduled to hit the market. In fact, fans of Tamil and Telugu films dominated entertainment conversations on Twitter this year, as they have over the last two years. It is little surprise then that the service launched a dedicated emoji for #TamilSpaces to acknowledge these voices. 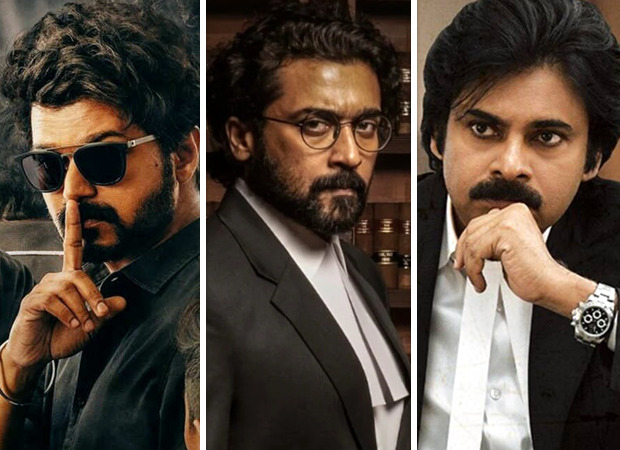 When entertainment fans are on Twitter, every film or show, whether released or upcoming, makes for a conversation. This year too, cinema-lovers connected over the anticipation, thrill, and joy that films bring them. Fans of South Indian entertainment were the loudest on Twitter, as these were the most Tweeted about films in India in 2021:

Owing to the anticipation inspired by the delay in its release, Master was the most Tweeted South Indian movie of 2020. When the movie was released earlier this year, Vijay’s fans found another reason to connect. Fans expressed their love for the actor’s action-packed performance and the movie’s music, making it the most Tweeted about movie of the year. Conversations about the Ajith Kumar starrer Valimai made their way across Twitter timelines as fans enjoyed the movie’s promo release, and continued to talk about the developments around its making throughout the year. They even went as far as to make a case for a Hindi version of the film, booking it a spot as one of the most talked-about movies of the year. Vijay’s fans clearly had a busy year on Twitter. After celebrating the success of Master, fans engaged in conversations about the actor’s upcoming Beast. We know that the movie’s first look had them gushing over the actor, and the latest news about the movie kept them talking about it throughout the year.

2021, among other things, was also the year of OTTs. With theatres still out-of-action for most of the year, several movies were released on streaming platforms. Suriya Sivakumar’s Jai Bhim, a critically acclaimed legal drama about caste struggles, received high praise from cinema lovers on Twitter. Pawan Kalyan starrer Vakeel Saab, which was a Telugu remake of the Hindi movie Pink, won the hearts of Telugu cinema lovers and of course, they took to Twitter to talk about it. Fans Tweeted about the thought-provoking storyline and compelling performances, making it one of the most Tweeted-about movies of the year.

The methodology to rank the most Tweeted hashtags by total authors using this hashtag on Twitter in India was between Jan 1 - Nov 15, 2021.

ALSO READ: Jai Bhim and Shershaah are the most searched films of 2021; Aryan Khan among the top trends