Victory Venkatesh and Mega Prince Varun Tej starrer hilarious family entertainer F3 directed by the popular filmmaker Anil Ravipudi under the prestigious Sri Venkateswara Creations banner is one of the highly anticipated movies in 2022. Considering that the film is a sequel to the franchise film F2, there are lot of expectations from the film. And now, the makers have announced that the trailer of the film will be releasing on May 9. 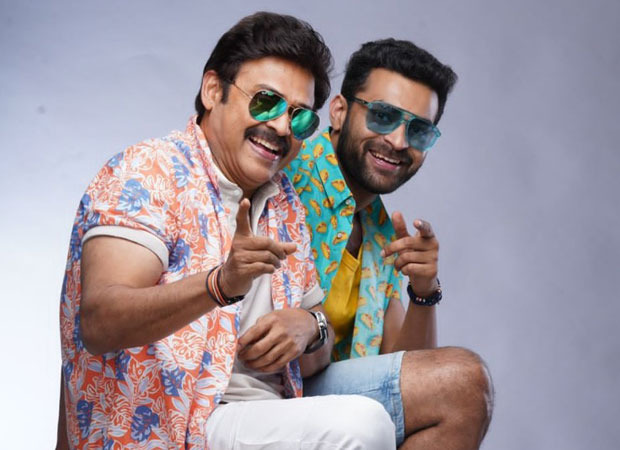 F3 Trailer: We can see a glimpse of this Venkatesh, Varun Tej starrer on May 9

Other than couple of songs and posters, the makers haven't released content revealing promotional material. Despite the buzz around F3, the makers have decided not to release a teaser directly releasing the trailer directly in the next two weeks.

Dil Raju is the presenter, while Shirish is producing the movie. Rockstar Devi Sri Prasad has given chartbuster album for the film. Sai Sriram cranks the camera, while Tammiraju is the editor. Harshith Reddy is the co-producer.

Tamannaah Bhatia, Mehreen Pirzada and Sonal Chauhan will be playing the leading ladies whereas Pooja Hegde will be seen in a special song. Nata Kireeti Rajendra Prasad and Sunil will be seen in important roles in the movie. The film F3 is will hit the big screens on May 27, 2022.