Venkatesh Daggubati is all set for the forthcoming film Venky Mama which has already gone on floor. This film, produced by his brother Suresh Babu, will also feature his nephew Naga Chaitanya [born between Nagarjuna and his first wife Lakshmi Daggubati] and it is truly a joyous moment for the Daggubati family.  Explaining the same, Venkatesh shared a throwback photo of Naga Chaitanya and his early teenage days along with his late father Ramanaidu Daggubati. 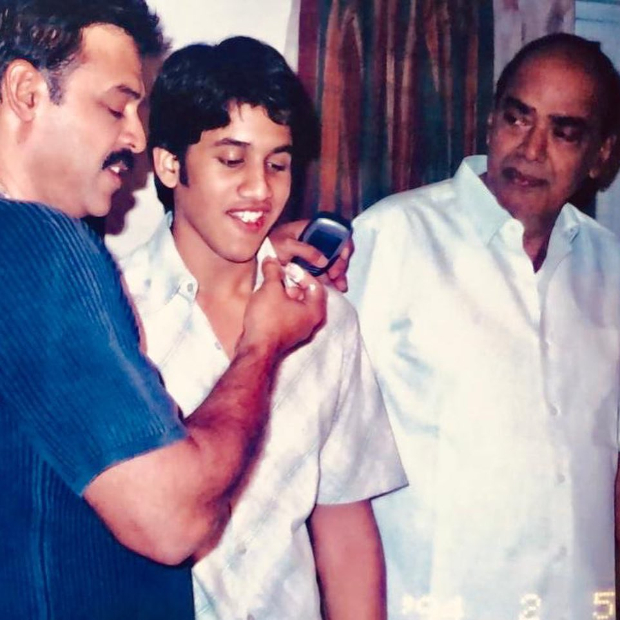 Venkatesh Daggubati revealed in the post that it was a dream of his father Ramanaidu Daggubati to see two generations, that is his son and grandson to come together for a film and that it has come true with Venky Mama. In the said post, he not only shared this flashback photo but also the poster of their forthcoming film as an ‘after’ photo. Here have a look at the post:

Suresh Babu at a recent press meet stated that the film Venky Mama is currently being extensively shot in Kashmir. Directed by K. S. Ravinder, the film also stars Raashi Khanna, Payal Rajput amongst others and the music is composed by S. Thaman.