Readers may recall that last month, the makers of the Pa Ranjith directorial Thangalaan had shared a title announcement video of the film that also gave us a sneak peek into the period drama featuring Chiyaan Vikram, Parvathy Thiruvothu and Malavika Mohanan in lead roles. The film will see portraying never-seen-before avatars. Recently, Parvathy took to social media to share a photo with her co-star and director from the sets of the film and fans are wondering if it is a que for the release date. 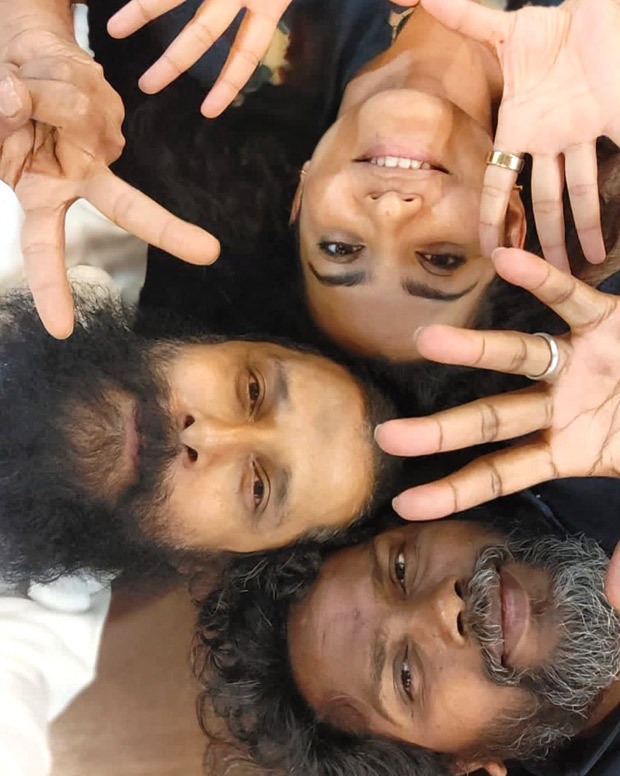 Thangalaan: Parvathy Thiruvothu shares a selfie with Chiyaan Vikram and Pa Ranjith and sparks rumours of its release date

The selfie shared by Parvathy Thiruvothu on her Instagram, features the trio trying to send across a special date. While Parvathy is showing off all her 10 fingers, Vikram is seen showing two and Pa Ranjit seems to be showing 5. Interestingly, the title announcement of the film happened on October 25 which seems to be date pointed by the team of Thangalaan. However, some fans are wondering if there is another special date which could be the release date. While the actors have maintained silence about the unique photo, Parvathy did not caption the photo but only dropped heart and fire emoji as well as tagged the director and the actor.

Coming to the film, set against the backdrops of Kolar Gold Field, Thangalaan is expected to be a period drama that also stars Pasupathy, Hari Krishnan, Anbu Durai, and few more prominent actors. A. Kishore is handling the cinematography and GV Prakash Kumar is composing the music. Tamizh Prabha is the co-writer of this film and the art department is handled by S.S. Moorthy. R.K. Selva (Editing) and Stunner Sam (Stunts) are the others who are a part of the film’s team.