Jai Bhim, that made an impact in reel and real life, is all set to return with a sequel. The courtroom drama revolving around police brutality against the Irular community featured Suriya in the role of a lawyer named Chandru, fondly known as Justice Chandru. One of the co-producers Rajasekar Pandian from the production house 2D that backed the project, confirmed during an India Today interview in the recent IFFI 2022 event held in Goa, that the film will have a sequel and that the process for the same has kick started. 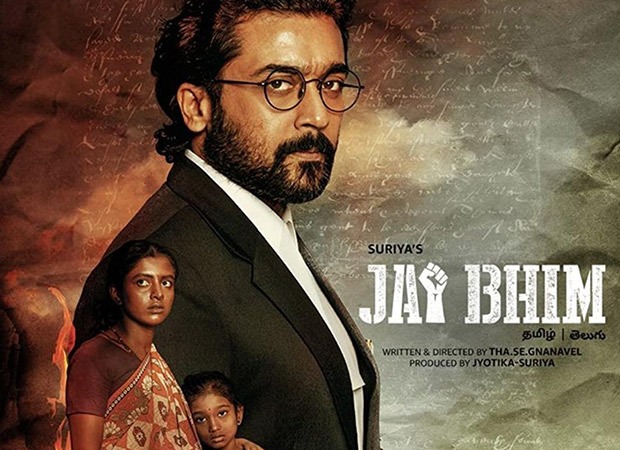 The production house 2D is collaborating with Jai Bhim director T. J. Gnanavel for a project and this had sparked rumours that the makers are planning on creating a second instalment to the Suriya starrer. However, while maintaining that this collaboration has nothing to do with Jai Bhim, the makers also asserted that a sequel for the same is on the cards and will be focusing on that project later. In his statement, Rajasekar Pandian said, "Yes, Jai Bhim 2 is definitely happening as I confirmed at the film festival. We (2D Entertainment) are making a film with TJ Gnanavel next - but that is a different script. Once he wraps up this project, we will work on Jai Bhim 2. Currently, Jai Bhim sequel is only in the ideation stage. It needs a lot of preparation and research. And there are a lot of stories about Justice Chandru that need to be told."

Readers would be aware that the film had also left a mark in the life of Irular community since TN Chief Minister MK Stalin recognized the said community after the release of the film. Besides Suriya, the film also featured Lijomol Jose, Manikandan, Rajisha Vijayan, Prakash Raj, Rao Ramesh and others in pivotal roles.