Readers may recall the rage created by the song ‘Apdi Podu’ that continues to be popular even today. The song featured Thalapathy Vijay and Trisha Krishnan, who played the lead couple in the film Ghilli. Needless to say, the film was a blockbuster and the two continue to be winning hearts with their performances. Now, over a decade later, the blockbuster onscreen Jodi is expected to return to the big screen and it will be in Thalapathy 67 directed by Vikram filmmaker Lokesh Kanagaraj. 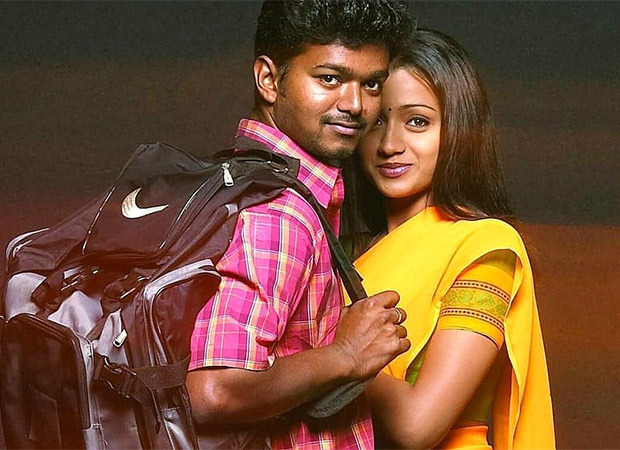 With this film, Vijay and Trisha, who have done films like Kuruvi, and Thirupaachi, after the stupendous success of Ghilli, will be returning to the big screen after almost 14 years. Confirming the news, journalist Rajasekar posted about the duo making a comeback as an onscreen couple in Thalapathy 67 on his Twitter handle.

#Thalapathy67 - After fourteen years , #ThalapathyVijay and @trishtrashers to screen space! Excited for this fantastic combo ????????????

Readers would be aware that Thalapathy Vijay is currently gearing up for Varisu that will be releasing in January. Amidst that, the actor has also kick started work on the Lokesh Kanagaraj directorial and it has created a lot of buzz as the film is expected to be a part of the much talked about LCU – Lokesh Cinematic Universe. Karthi starrer Kaithi and Kamal Haasan, Vijay Sethupathi, and Fahadh Faasil starrer Vikram, are both expected to be a part of this universe. Now adding to that, the latest update on Thalapathy 67 has only managed to add to the anticipation.

Coming to Trisha Krishnan, she is currently riding high on the success of Ponniyin Selvan aka PS1. The second instalment of the Mani Ratnam magnum opus is expected to release in 2023. The actress recently also wrapped up her OTT series debut Brinda in which she plays the role of a cop.

While the film is yet to be titled, Thalapathy 67 is expected to be an action entertainer just like the two other films in the franchise. However, further details on the same are kept under wraps.