The festival season has just begun and everyone is in their bright spirits, celebrating it. The much-awaited film RRR drops in a delightful surprise for the fans wishing them a prosperous Diwali. Lead actors Jr. NTR and Ram Charan along with legendary director SS Rajamouli seen having good times and in a cheerful mood with the backdrop of Diwali. 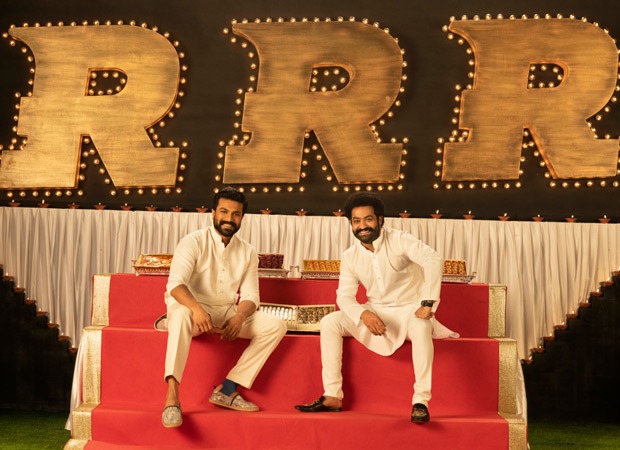 Team RRR took to their social media and shared some candid pictures, “To all our beloved fans, here's to add bright lights to the festive spirit! ???????????? Happy #RRRDiwali... #RRRMovie". Earlier, the makers had unveiled the first look and introduced Jr. NTR which set the internet ablaze, and many more details of the film are awaited.

Giving you all the best of wishes and prosperity this Diwali from team #RRRMovie.#RRRDiwali... ???????? pic.twitter.com/mJi1Ti9mf3

RRR is a pan-India film bankrolled on DVV Entertainments banner by DVV Danayya. The movie stars NTR, Ram Charan, Ajay Devgn, Alia Bhatt, Olivia Morris, and several others in pivotal roles. Directed by SS Rajamouli, the film is a period drama that narrates a fictional take on the younger days of celebrated freedom fighters Komaram Bheem and Alluri Seetharamaraju. The film is set for release in Telugu, Hindi, Tamil, Malayalam, and Kannada alongside several other Indian languages.