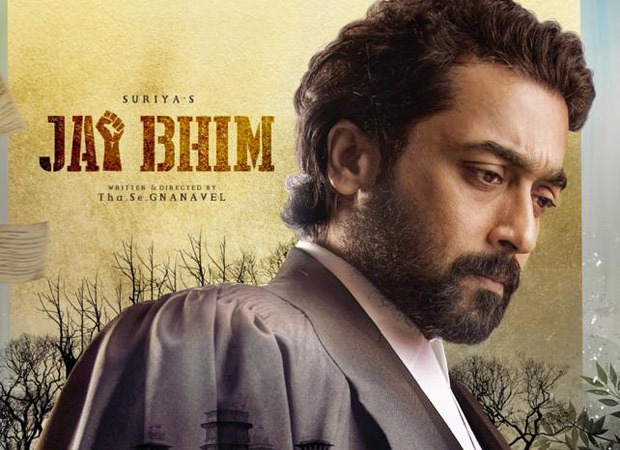 In the first look poster, Suriya as a lawyer puts on an intense face and will be fighting for the rights and justice of the poor in the film. Going by the title of the film, the actor may be dealing with the rights of the Dalit community. Jai Bhim is a common greeting used by followers of Ambedkarism. Jai Bhim literally means 'Victory to Bhim' referring to B. R. Ambedkar, an Indian jurist, economist, politician, and social reformer, and the principal architect of the Constitution of India.

Directed by TS Gnanavel, Jai Bhim was shot in and around Chennai before the second wave of the novel coronavirus brought it to a sudden halt. The film is written by Manikandan, who will also be acting in the film. The film is bankrolled by Suriya's production house 2D Entertainment.