Last Updated 18.02.2020 | 8:44 AM IST
feedback language
follow us on
Home » News » South Cinema » Suriya to do the audio launch of Soorarai Pottru mid-air with 100 underprivileged kids

Kollywood actor-producer Suriya has decided to conduct the audio launch of his upcoming film Soorarai Pottru in a meaningful way giving the usual glitzy ways a miss. The film directed by Sudha Kongara is a biographical account of Captain GR Gopinath, founder of low-cost airline Air Deccan. The actor has planned to go about the audio launch keeping in mind the aviation theme. The theme of the film is about giving wings to dreams and narrates the story of a man who wanted to buy an airline company. 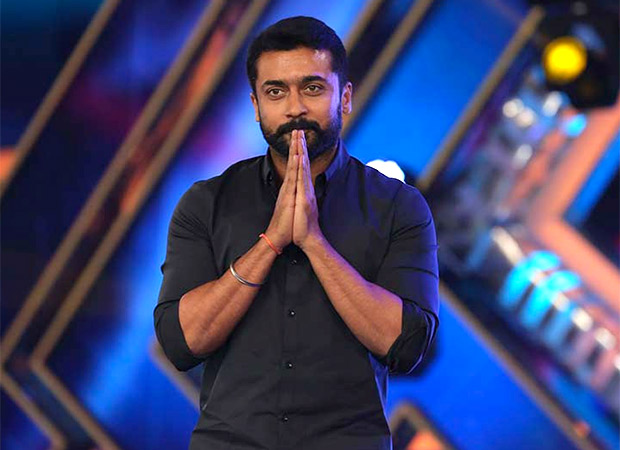 The audio launch of the film will be held at the Chennai International Airport on February 13. Suriya has decided to take 100 underprivileged children from Agaram Foundation and give them a first time flying experience. It is learned that the flight will be for about 30 minutes.

Taking to their twitter handle to announce the same, 2D Entertainment wrote, "100 first time flyers will be going on a joyride in a SpiceJet Boeing 737 aircraft tomorrow. These children from various government schools have made it to their first flight by writing winning essays about their biggest and fondest dreams. Their dreams are set to come true with the support of Mr. Jay Singh, Chairman, and MD of Spicejet. I thank team Spicejet and the offices of the DGCA, BCAS, AAI, and CISF for making this memorable moment happen."

Reportedly, this is Suriya's initiative towards making a positive impact on young minds and the lives of the children and give them exposure. The second single Veyyon Silli will be released while the aircraft is flying.

GV Prakash Kumar has composed the songs and background score for Soorarai Pottru. The Maara theme song sung by Suriya which was released recently had taken social media by storm. As per the reports, 'Veyyon Silli', the upcoming single is a romantic track which is penned by Vivek and sung by Harish Sivaramakrishnan.

Also Read:  Suriya to collaborate with Vetri Maaran next. Here’s what the film is titled