Junior NTR starrer Telugu film Yamadonga is being dubbed in Tamil. The film will be released in Tamil, 12 years after it first released in Telugu. The film has been titled Vijayan in Tamil. Already released in Hindi as Lok Parlok in 2008, the dialogues for the Tamil version are written by ARK Rajarajaa. Yamadonga managed to create the magic and received an immense response by the Telugu audience. Now, the film is all set to release for the Tamil audience on November 29. 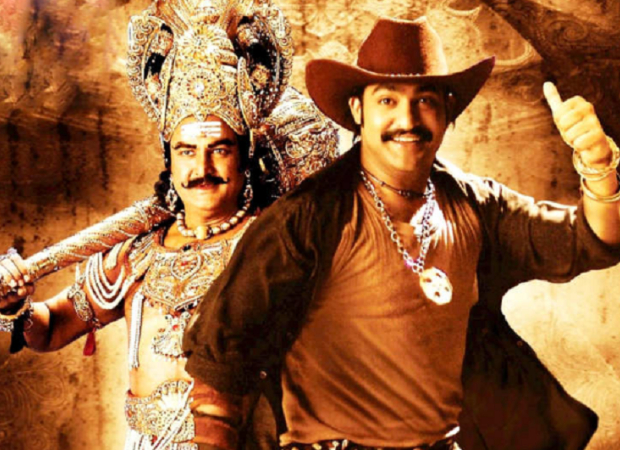 The film directed by SS Rajamouli received positive responses from critics and audiences alike. This is the third film of director Rajamouli that has been dubbed in Tamil. The story of the film revolves around Raja (Jr NR) and orphan boy who is a thief. Mahi (Priyamani) plays a young girl, who falls in love with him.

Meanwhile, Rajamouli is currently shooting for his upcoming project RRR. The film stars Jr NTR, Ram Charan, Alia Bhatt, and Ajay Devgn. Recently, the makers of the film recently roped in the International face, Olivia Morris, who will be seen as Jr NTR's love interest in the film.