Pooja Hegde, who was recently seen in Housefull 4, is currently busy shooting for action period drama Jaan alongside superstar Prabhas. It is known that Prabhas is a huge star and ever since Baahubali franchise, his fan following has increased massively. Pooja Hegde recently opened up about how amazing he is and had the nicest things to say. 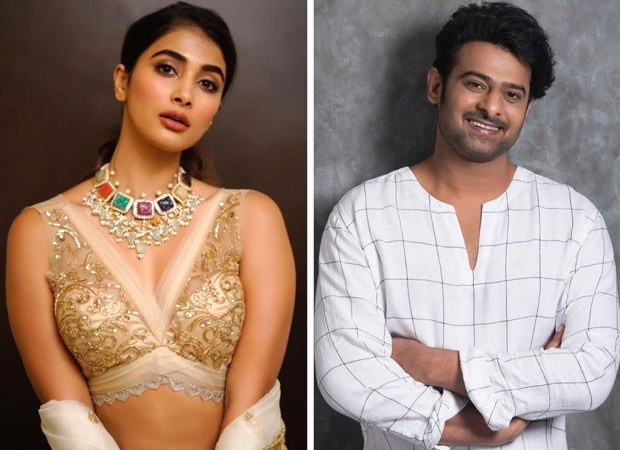 Speaking to Bollywood Hungama, Pooja said, “He is the nicest person I have ever met in this industry. He is just genuinely and inherently a kind person. He has this persona but when you meet him he is so simple and down to earth. And I always say that something as big as Baahubali had to happen to a person as nice as him. I think his fans are so loyal and I think we saw that with Saaho, in Hindi it made so much money. People have just accepted him as an international star. When I went to the US and told someone that I am doing a film with Prabhas, and they said ‘Oh! You are from Prabhas land.’ I was like ‘Whoa! That’s amazing.’ He has become the star that he is.”

She further said, “I always feel a true star is when even if the film is not good, people come to see you. If the script is good, it will make even more money. But, drawing audience like a Salman Khan or Prabhas – they are just stars. People just come to watch for them.”

The fans are aware that Prabhas is a big foodie and loves to feed his colleagues, friends, etc. When asked Pooja about it, she said “He loves to eat and I love him for that. Because I love to eat and my life is all about food. His cook makes very good Biryani. Now, I always request, like a shameless person, for mutton biryani, Hyderabadi style. It’s like shooting at home. He is very sweet.”

Speaking of their film Jaan, Pooja revealed it is a bilingual movie and they are looking for 2020 release. “It is bilingual. We are shooting in Hindi and Telugu. I am very excited about that. It’s one of the best scripts I have read. We still have to shoot so mostly next year (release). It is a period drama which is set in Europe and never done before. So, you are going to see us in European style costumes. We will be shooting in Italy and some sets in Hyderabad,” she concluded.

ALSO READ: Woah! Pooja Hegde REVEALED this intricate detail about her next film with Bahubali star Prabhas and it will make you even more CURIOUS!