The Tollywood beauty queen and style icon, Seerat Kapoor has carved her mark in the south film industry. Starting as a dance choreographer on the sets of Ranbir Kapoor’s Rockstar, she went on to make her own place in acting with her debut film Run Raja Run and later, producing many blockbusters. 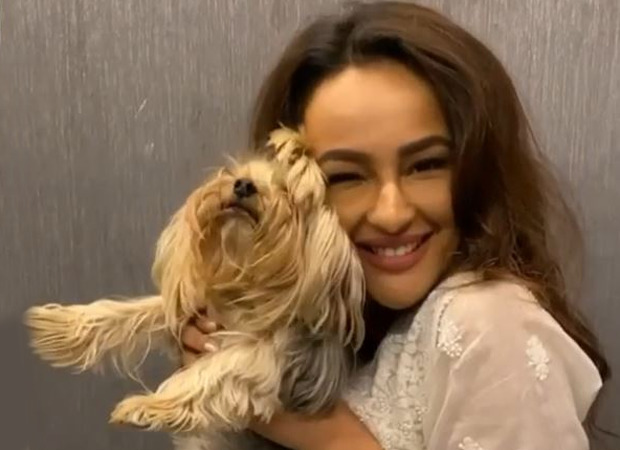 Now, Kapoor has us all excited about her upcoming film Maa Vintha Gaadha Vinuma where we will see her romancing Siddharth Jonnalagadda, and recently, the actress used her Instagram to reveal some of her looks from the film.

The actress can be seen in a boomerang clip with minimal makeup and a beautiful, delicate nose pin. She also seems to be sporting a teal top.

Vineetha Gopal is about to reveal something special shortly for you! ???? #MaaVinthaGaadhaVinuma

Here we see Seerat in another boomerang clip, wearing the same outfit as above, but with the addition of a bindi to complete the whole look.

Making a gorgeous reveal, Seerat Kapoor twirls in yet another boomerang, carrying a delicate white embroidered anarkali and a simple dupatta.

The actress can be seen filing her nails, sitting elegantly in the beautiful anarkali. She quotes here, “Back to work”

My eyes are perpetually half shut on reuniting with Lolo! ????

In this heart meltingly adorable post, we see Kapoor posing with the cutest, little puppy. The actress in the white anarkali we saw above seems to be a look from her upcoming movie.

Recently, Seerat Kapoor participated in a virtual unveiling of the teaser from Maa Vintha Gaadha Vinuma and we are all pumped up for the release of her movie on the 13th of November.