Fans of Allu Arjun are eagerly looking forward to the release of his next titled Ala Vaikunthapurramuloo which also stars Pooja Hegde. The teaser of the film and lyrical songs from the films has raised the expectations of the film. All four of the songs were an instant hit, with the songs ‘Samajavaragamana’ and ‘Ramulo Ramulaa’ becoming the fastest Telugu songs to hit 100 million views on YouTube. 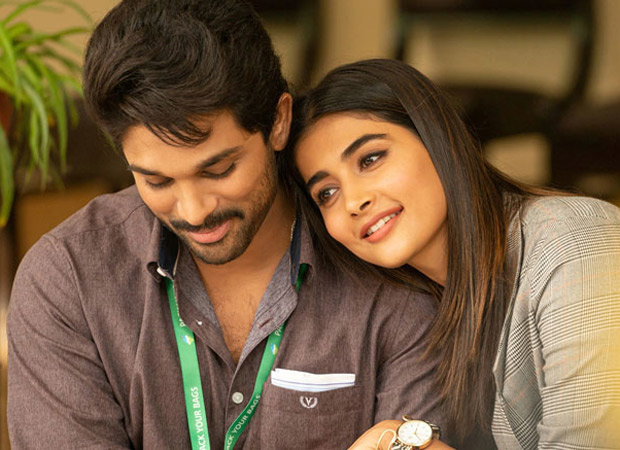 While the complete version of ‘Samajavaragamana’  with a video of singers singing was released a few months ago, the promo of the audio-video from the movie was released today. Shot in the exotic locales of Paris, the 59-second-clip shows Allu Arjun praising the beauty of Pooja Hegde with some cool dance moves.