Trust Prabhas to treat his ardent fans with something exciting on special occasions. Be it festival period or public holidays, the pan-India star has always revealed his character look or movie poster, much to the surprise of his fans worldwide. On the auspicious occasion of India's 75th Independence Day, Prabhas has launched the first unit from his highly anticipated movie Salaar. The film arrives in theatres on September 28, 2023. 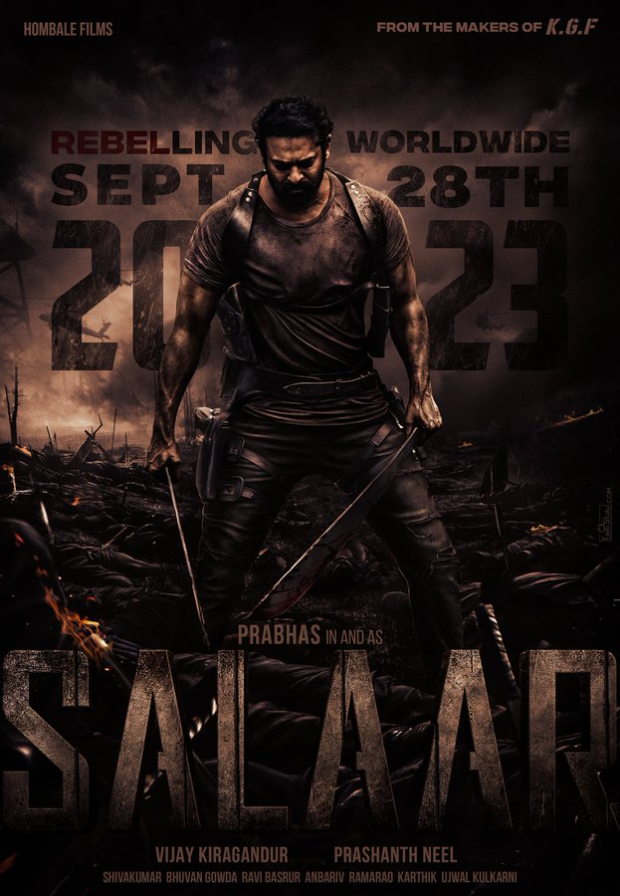 Salaar is an out-and-out mass action and adventure film which is shot around the globe in countries such as India, Europe, the Middle East, and Africa. The first installment of the project is already completed, and Prabhas will soon shift his entire focus to completing the last installment. While the entire team is going extensive with their effort to execute the film well, the maximum grind will go into VFX for which the makers have hired a foreign studio to complete this.

Hombale Films, which has blockbusters like KGF and KGF 2 to their credit is gearing up for the release of Salaar in 2023.  Meanwhile, it is being learnt that Hombale Film’s Salaar has been mounted on a very huge scale and has been budgeted at a whopping 400+ crores. Starring Prabhas, Salaar is produced by Hombale Films and directed by Prashant Neel (of K.G.F franchise).