Filmmaker SS Rajamouli and his wife participated in a plasma donation awareness campaign in Hyderabad. The campaign was held to encourage people who have recovered from COVID-19 to donate plasma to save other patients. 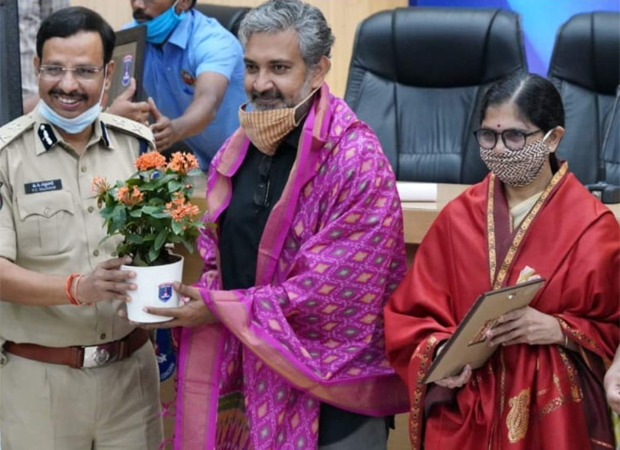 Rajamouli and his family had tested positive for the virus a few weeks ago with mild symptoms. They were home quarantined and tested negative two weeks later. When the ace director had announced that he and his family had tested negative he said he was keen on donating plasma after consulting with a doctor. On Tuesday, Rajamouli participated in the plasma donation awareness programme along with his wife and composer MM Keeravani.

On the work front, Rajamouli has been working in his upcoming film titled RRR starring Ram Charan and Jr NTR. The shoot of the film has come to a halt owing to the pandmeic. However, the filmmaker plans on finishing the rest of the film in and around Hyderabad in the coming months.