Actors are most often subjected to trolls and criticised for not only their work but even their personal life. While most actors are known to take professional criticism with a pinch of salt, a recent trolling incident has forced actress Rashmika Mandanna to speak up against them. 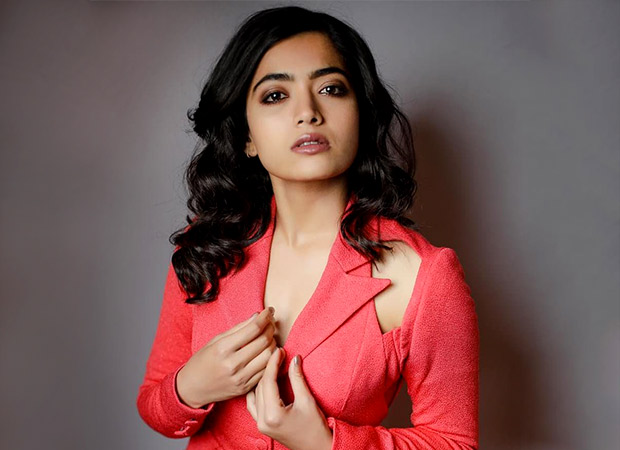 Rashmika Mandanna who works predominantly in Kannada and Telugu industry recently schooled a troll for some manners after they called her an international prostitute. The troll posted a clip with Rashmika's childhood pictures and a caption that says, “Who knew this little girl here would be an international dagar (means prostitute in Kannada) in the future."

She shared the image on her Instagram story and lashed out at the troll by saying that they have no right to say anything about their families or their personal lives as no actor deserves it. "I don't know what you guys get out of doing this to us actors. Is it because we are the soft targets for you? The public figure doesn't mean you can target us ruthlessly. A lot of you keep saying- ignore the bad comments or trolls and I generally 'do'. Say anything you want about our work- you have the right but no one has any right to say anything about our families or our personal lives. No actor deserves this crap. Because let me tell you this, being an actor is not easy. Each and every profession deserves the utmost respect. I think people should first start respecting one another," she wrote. 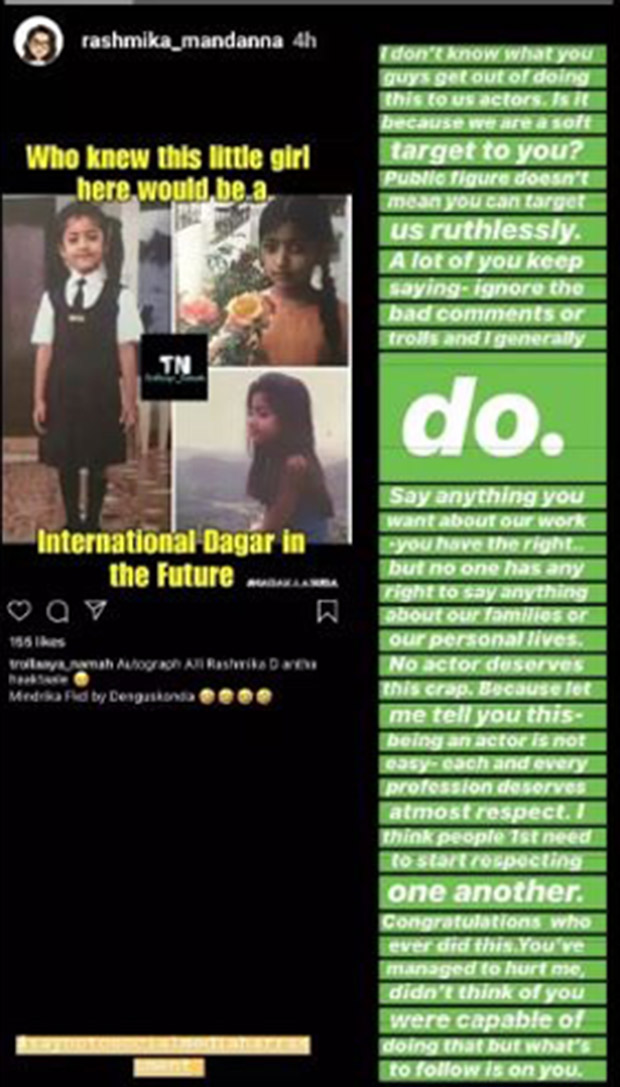 Meanwhile, on the work front, Rashmika Mandanna was last seen in the film Dear Comrade opposite Vijay Deverakonda. She is currently gearing up for the release of Bheeshma, in which she is paired opposite Nithiin. She will also be seen in Sarileru Neekevvaru, Pogaru, Sulthan and Allu Arjun's untitled film with Sukumar.