Ram Charan was recently in Japan where his film RRR has been creating waves. The actor flew to the Asian country along with his co-star Junior NTR and SS Rajamouli for the promotions of the South period drama and received a warm welcome from the Japanese fans. They also showered ample love on him as he roamed across the country to interact with fans. Accompanying him was also his wife Upasana Konidela. After their extensive Japan schedule, the popular ‘it’ Telugu couple has taken off to Africa for a fun vacation. 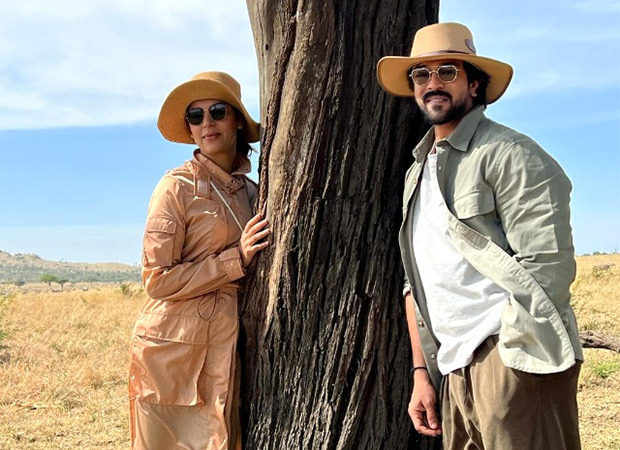 Ram Charan and his wife Upasana Konidela take off on a safari; gives glimpses of their fun vacay in Africa

In a recent Instagram post shared by Ram Charan, the actor posted a video of his safari where he is seen wandering and having fun as he drives a jeep. The actor is seen driving for miles on barren land in Africa and even stopping in between to make some food. In one of the montages, he is seen making a sunny-side-up as he is accompanied by his team and guides. Captioning it as ‘Untamed Africa’, the video is a series of clips of his jeep drive.

Meanwhile, his wife Upasana Konidela also shared another video which is montagefuture projects of their lion safari in Africa. She captioned the post saying, “#untamedafrica ???? #lions” Here, have a look at the post:

Coming to the future projects, Ram Charan was recently seen shooting for RC 15 which is yet to be titled. The film is directed by S. Shankar and stars Kiara Advani as his leading lady along with S.J. Suryah playing an important role. The film is expected to be bilingual and further details about it are currently under wraps.