On Tuesday, pictures of superstar Rajinikanth driving a Lamborghini Urus went viral. Fans of the actor were happy to see the picture and also appreciated him for following safety guidelines as he was seen wearing a mask while driving. 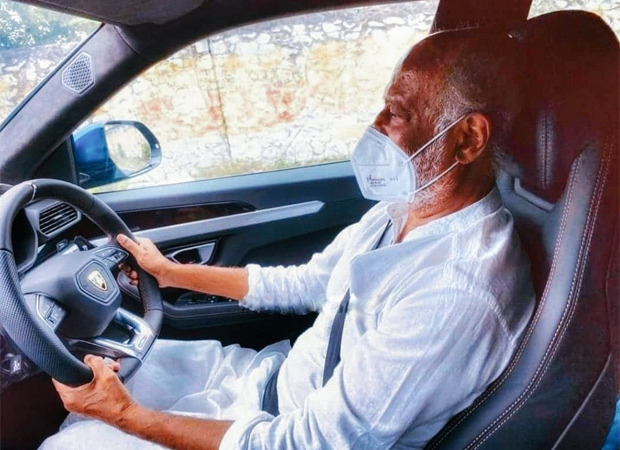 Another picture that has been doing the rounds is the one where Rajinikanth can be seen posing with his daughter Saundarya, her husband and their son. In the picture, they are seen posing in front of the car which is parked outside their house.

Thalaivar #Superstar @rajinikanth with his daughter @soundaryaarajni family. The #Lamborghini #Urus model car seen in the picture is the car which Thalaivar drove (The pic we saw yesterday). Very happy to see #Thalaivar smiling and happy. #ThalaivarForLife
#Rajinikanth #RBSI pic.twitter.com/mCtMSSmomH

Fans of the superstar were excited to see their Thalaiva out on the street after a long time:

Once they said "Car lam kidayathu nadanthae po" (Once a producer denied car for him during his early period).

-He himself is Self driving the car for safety ????!! pic.twitter.com/xD271gnJBD

Meanwhile, on the work front, Rajiikanth was last seen in the film Darbar. His next film titled Annaatthe is scheduled to release on Pongal next year. Rajinikanth has collaborated with director Siva for the first time with Annaatthe. The film also stars Khushbu, Meena, Nayanthara, Prakash Raj and Keerthy Suresh among others.

ALSO READ: “Shocked to know the behaviour of few police officials in front of the magistrate,” writes Rajinikanth demanding justice for Jayaraj and Bennicks