Two years after KGF: Chapter 1 releases, the sequel of the film was announced that stars Yash in the lead role. Chapter 2 is anticipated to be bigger and better. Malayalam actor Prithviraj Sukumaran has bought the Kerala distribution rights of the film. 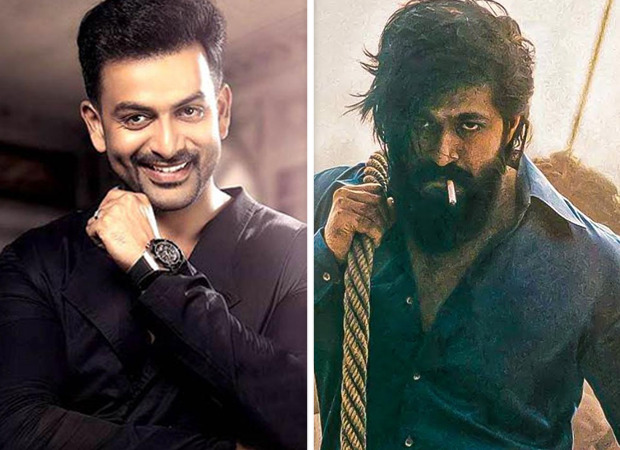 On Monday, January 4, Prithviraj shared a poster and revealed, “I'm a huge fan of the KGF franchise and pretty much everything associated with it. Hombale films was among the first to reach out to me after Lucifer and discuss the possibility of an association. I definitely look forward to that but no better way to start the journey than to have the privilege of presenting one of the most anticipated films in the country. Prithviraj Productions is proud to present KGF 2. Like millions of you... I too am waiting to see Rocky's take unfold."

Prashanth Neel, director of KGF Chapter 2, on Monday also took to his social media to announce the teaser release. He shares, "The countdown to the opening of the empire door begins now! #KGFChapter2TeaserOnJan8 at 10:18 AM on @hombalefilms.” Setting the excitement right, the teaser releases on Yash's Birthday on 8th January.

KGF 2 is produced by Vijay Kiragandur and directed by Prashanth Neel, brought by Ritesh Sidhwani and Farhan Akhtar's Excel Entertainment, Hombale Films, and AA films. The first visual, KGF Chapter 2 teaser will be out on January 8, 2021, at 10:18 AM on the Hombale Films handle.