Mollywood has been a magnet for movie lovers across the country. This regional film industry had achieved cult status due to the high quality of its content and an incredibly talented cast of performers. Many Malayalam cinema industry performers have captivated audiences with their exceptional performances over the years, particularly Mohanlal and Prithviraj. 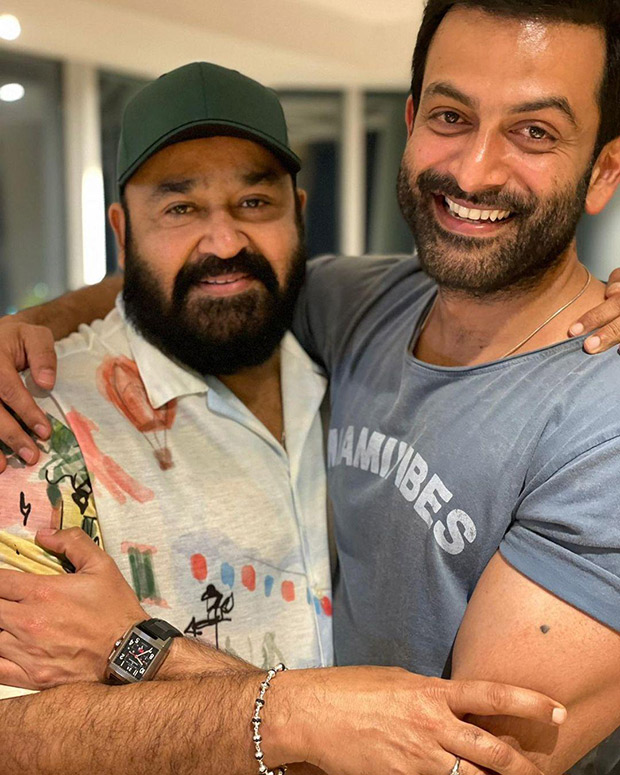 Bro Daddy, Prithviraj Sukumaran's second directorial project, was a light hearted entertainer. The film also features two of Malayalam cinema's top stars, Mohanlal and Prithviraj. The bromance between these two actors is what ties the film together, but their bromance extends beyond the screen. Aside from their frequent collaboration on the big screen, the superstar duo shares a close personal friendship. They both live in the same neighbourhood!

Malayalam actor-filmmaker Prithviraj Sukumaran returned home on Monday after staying in Jordan's deserts for over two months to shoot for his next film Aadujeevitham. After his return, the co-stars gathered together for a fun time, and Prithivraj gave a glimpse of the get-together on social media. Sharing a picture of the Mollywood stalwarts, he wrote on Instagram, "Back home”.

Prithviraj has already directed Mohanlal in Lucifer and co-starred with him in Bro Daddy, and the handsome duo is likely to share screen time once more after Bro Daddy. According to speculations, actor Mohanlal will co-star in the action comedy Kaduva with Prithviraj Sukumaran. Rumor has it that the star will make a brief appearance in the much-anticipated drama.