Dhanush’s forthcoming films may have to take the brunt of his former father-in-law Rajinikanth’s fans’ wrath after Dhanush’s separation from Rajinikanth’s daughter Aishwarya. 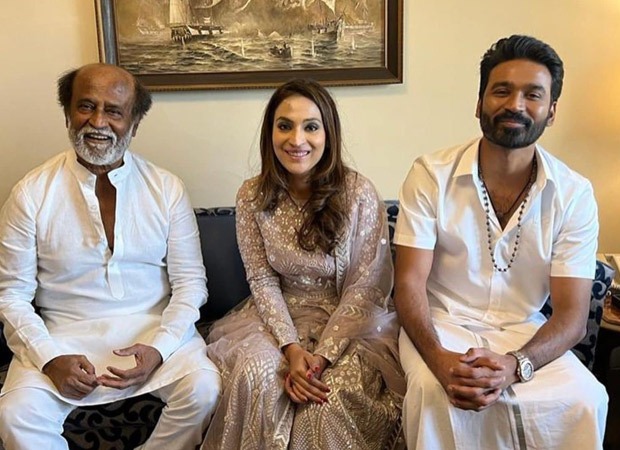 Dhaush’s first film off the rack after the separation would be director Venky Atluri’s Tamil-Telugu bi-lingual Sir which the producers were planning to release as one of Dhanush’s biggest films ever across Tamil Nadu, Andhra Pradesh and Telangana.

Producers of Sir now fear a widespread backlash from Rajinikanth’s fan clubs, not only across Tamil Nadu but also in Andhra Pradesh where the Thalaiva has a massive following. A well-placed source from the Tamil film industry informs me, “Unless Rajini Sir issues a statement asking his fans to stay away from his daughter’s divorce, Dhanush faces the chances of a huge backlash and the most directly affected would be his next release Sir.”

It is doubtful that Rajinikanth will show any largess towards his former son-in-law by asking his fans to stay calm. Sources reveal that there never was any love lost between the Thalaiva and his son-in-law Dhanush. Apparently Rajinikanth is “inconsolably upset” with his elder daughter’s annulled marriage.