Having impressed us with her talent in multiple projects, Pooja Hegde has carved a place for herself in the industry. The actress is currently shooting in Italy for her upcoming colossal movie Radhe Shyam and she celebrated her birthday amidst the shoot. While she had a small celebration with the team, there was a small surprise waiting for her there. 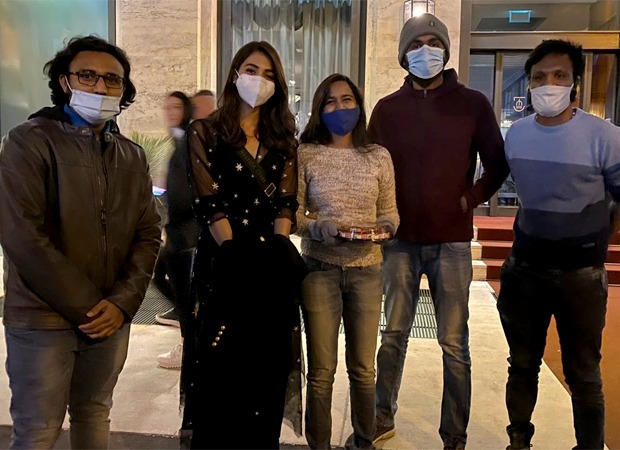 To celebrate her birthday, some of her fans who are studying in Italy surprised her there. They saw her recent social media post and tried figuring where it was. When they found out that the hotel where she was staying, they landed up there and waited for her for hours in the lobby in the cold European weather. It so happened that Pooja and her team coincidently planned to step out and that's when her fans saw her and came to her. She was extremely happy and delighted to meet her fans in Italy. Her fans extended birthday greetings, gave gifts, and lots of love. She reciprocated to their love by spending some time with them.

Pooja just made some of her fan's dreams come true by spending time with them on her birthday. Such fan gestures are truly admirable. Making her birthday even more special, the makers released Pooja's first look from the movie.  On the work front, Pooja will be seen in Radhe Shyam opposite Prabhas and Farhan Samji's directorial Kabhi Eid Kabhi Diwali along with Salman Khan.