The 2023 Oscars are right around the corner. Before that, the nominations are an important milestone. The nominations for the 2023 Oscars are out and SS Rajamouli's blockbuster RRR bagged historic nods The song ‘Naatu Naatu’ picturized on Ram Charan and Jr. NTR was shortlisted for the Best Original Song category. The nominations were hosted by Oscar-winning actor Riz Ahmed and M3GAN star Allison Williams on Tuesday. For the 95th annual Academy Awards, RRR is nominated in the Best Original Song category for 'Naatu Naatu'. The unforgettable dance number, composed by M. M. Keeravaani, is now vying for the top music honour at the Oscars 2023! This is the first time that a Telugu-language song has been nominated in the category. The song was earlier honoured with a Golden Globe for Best Original Song among other honours! 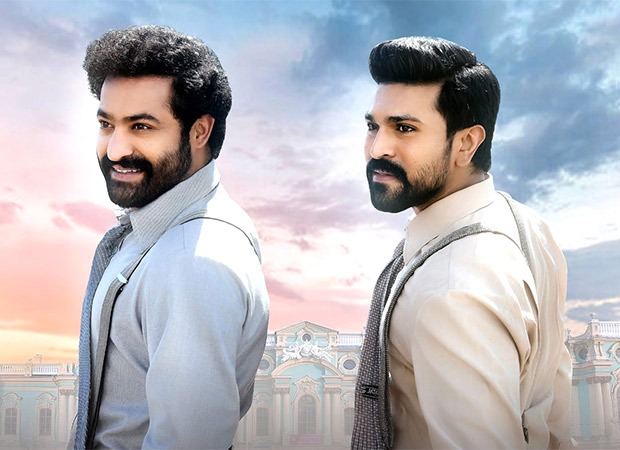 Celebrating the nomination', Jr. NTR wrote on social media, “Congratulations @MMKeeravaani Garu and @boselyricist Garu on achieving another well-deserved and monumental feat… This song will forever hold a special place in my heart.”

Congratulations @MMKeeravaani Garu and @boselyricist Garu on achieving another well-deserved and monumental feat...

SS Rajamouli penned a long note saying, “My peddanna got an Oscar nomination for his song in my film…I can’t ask for more…I am currently doing Naatu Naatu more vigorously than Tarak and Charan. Chandra Bose garu, congratulations, Oscar stage meedha mana paata, thank you. Prem master, your contribution to the song is invaluable, my personal Oscar goes to you. Bhairava’s BGM is what inspired me to go ahead with Naatu Naatu after hesitating for a long time. Love you Bhairi babu, super energetic vocals by Rahul and Bhairava enhanced the song. The main reason is Tarak and Charan’s sync and style. They danced their way into the hearts of audiences across the globe, sorry for the torture. But I will not hesitate to do it again."

He concluded, “I never dreamt of an Oscar, even in my wildest dream! It is the fans of Naatu Naatu and RRR who believed in it. They instilled the idea in our minds and pushed us forward. A big hug to all the crazy fans. It was only possible because of the tireless and relentless effort of Karthikeya, proud of you. My brothers at Walls and Trends worked 24.7 giving shoutouts and made sure everyone heard about the film and the song. Thank you Pradeep, Harsha and Chaitanya. Efficiently handled by Accolade, Variance, Potentate, Divergent and Cinetic, thank you. One more step to go.” .

Ram Charan posted on Twitter, “What brilliant news! Truly an honour to see “Naatu Naatu” nominated for the Oscars. Another very proud moment for us & India. Well deserved @MMKeeravaani Garu, @SSRajamouli Garu, my brother @tarak9999 and the entire team of #RRR???? All love ❤️.”

What brilliant news!
Truly an honour to see “Naatu Naatu” nominated for the Oscars.
Another very proud moment for us & India.
Well deserved @MMKeeravaani Garu, @SSRajamouli Garu, my brother @tarak9999 and the entire team of #RRR????
All love ❤️

MM Keeravaani shared on Twitter, “Congratulations to my team !! Big hugs to all ????.”

Congratulations to my team !! Big hugs to all ???? pic.twitter.com/S8g6v1Ubyv

The other songs competing in the Best Original Song category are “Applause” from Tell It Like a Woman, “Hold My Hand” from Top Gun: Maverick, “Lift Me Up” from Black Panther: Wakanda Forever and “This Is a Life” from Everything Everywhere All At Once.

The 95th Oscars ceremony, hosted by Jimmy Kimmel, will take place on March 12. Meanwhile, RRR is a fictional tale of two Indian revolutionaries, Komaram Bheem and Alluri Sitarama Raju. The film explores the friendship between Ram and Bheem and their journey away from home during the 1920s. The film released in theatres in March 2022.