Naga Chaitanya is all set to make his Bollywood debut with Aamir Khan, Kareena Kapoor Khan starrer Laal Singh Chaddha. However, during the promotions of the same, amidst the discussion of his professional life and his future Bollywood aspirations, the actor’s personal life also came into light, especially after the appearance of Samantha Ruth Prabhu on Koffee With Karan 7. In a recent interview when he was asked about his tattoo, he revealed that it is the morse code tattoo of his wedding date with Samantha. 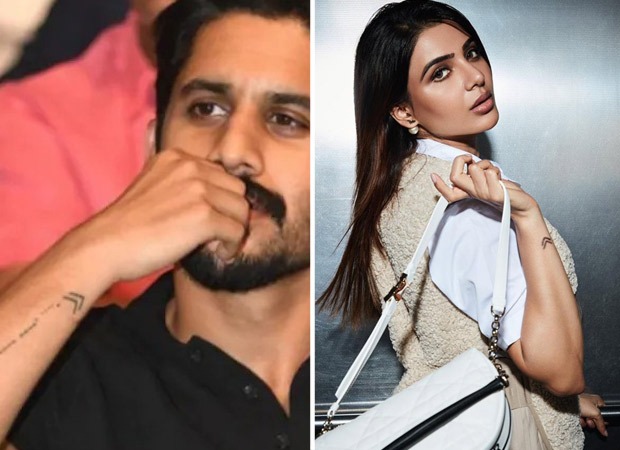 Naga Chaitanya recently revealed details of his tattoo during an interaction with Bollywood Bubble. While recalling a crazy fan interaction, the Laal Singh Chaddha actor said, “I met a few fans who've tattooed like my name and all that and they've imitated this tattoo (gesturing to his forearm). This is not something you would want to imitate. It's the day I got married. So I won't want the fans to put that." Now that the couple has separated, will the actor be removing it? But putting rest to all these rumours, Chaitanya responded, ““No, I haven't thought about it, it's fine." Interestingly Samantha Ruth Prabhu has the same tattoo on her wrist too.

For the uninitiated, Naga Chaitanya and Samantha Ruth Prabhu who met on the sets of Ye Maaya Chesave, fell in love and tied the knot in October 2017 in Goa, after being together for a few years. While the couple also had their own set of fans who adored the social media love of ChaySam, soon their marriage fell apart and the couple got separated in 2021.