India is known across the globe for its rich culture and thrilling mythology, which has been beautifully shown in stunning cinematic gems in the recent past. The upcoming film Mamangam which stars the legendary actor Mammootty is set to recreate one such story from God's own city Kerala! 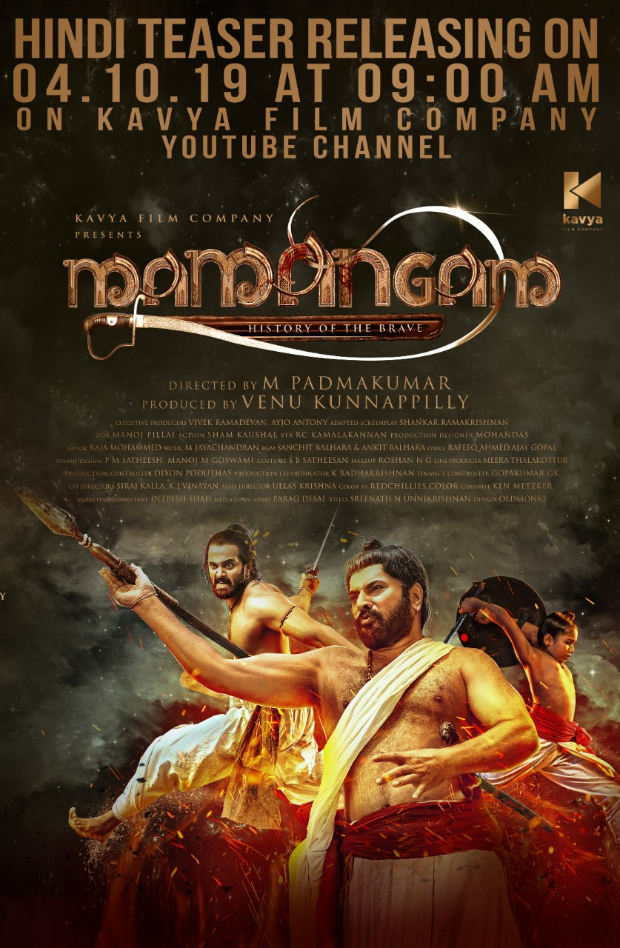 The actor, who has been winning the hearts of the Indian audiences for years, is all set to present the visual extravaganza as the first Malayalam film to be dubbed in Hindi along with Tamil and Telugu versions.

Mamangam will showcase Mammootty as a mysterious character, in a never seen before avatar. The period film will portray a distinct tale and also showcase Kalari, the oldest martial art in the world unlike anything seen on screen before!

Kavya Film Company presents Mammootty in Mamangam: History of the Brave. Produced by Venu Kunnapilly and directed by M Padmakumar, the film is set to hit the silver screen on November 21, 2019.