Regina Cassandra and Nivetha Thomas will be seen as the leading ladies of Suresh Productions, Guru Films and Kross Pictures’ collaboration, Saakini Daakini. Latest update on this remake of the Korean movie Midnight Runners is that the makers have locked the released date and it is expected to hit the big screens next month. Recently, it was confirmed that the Regina Cassandra, Nivetha Thomas starrer will be releasing On September 16. 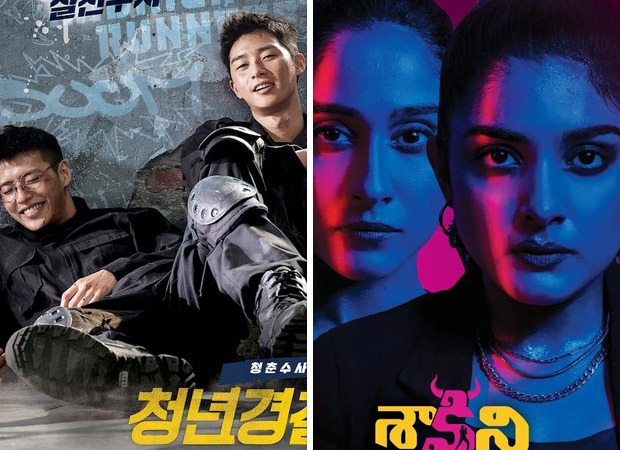 Readers would be aware that after producing the much popular Samantha Ruth Prabhu, Lakshmi starrer Oh Baby!, Suresh Productions, Guru Films and Kross Pictures joined forces for the official remake of South Korean action-comedy film Midnight Runners along with filmmaker Sudheer Varma. However, unlike the original film which featured two male protagonists, the twist in its Indian-Telugu version is that Saakini Daakini will have two female protagonists. Regina Cassandra and Nivetha Thomas will be essaying the roles originally played by Park Seo-joon and Kang Ha-neul.

A source close to the film confirmed the development adding, “The makers recently came up with release date of the movie and wanted to lock the date in September. They also planned a release date poster for it which sees the daredevil ladies Regina and Nivetha giving serious gaze. A pink tinge has been given to the middle letters of the title and the pink light has been added on the ladies to enhance the intensity. The dressing and the getup of the actresses are very analogous to maintain the tone of the poster.” The source also added that the story will definitely win the heart of Indian audience even though it is inspired from the script of Korean cinema. “The story of Midnight Runners has global appeal and the content will connect to Telugu audiences,” asserted the source.

While Richard Prasad is the cinematographer, Mikey McCleary is the music composer and Viplav Nyshadam is the editor. Directed by Sudheer Verma, D. Suresh Babu, Sunitha Tati and Hyunwoo Thomas Kim will be producing Saakini Daakini which releases in theatres on September 16th.

Also Read: LOL- Nivetha REVEALS how will she CONVINCE S.S. Rajamouli to CAST her in his next | Rapid Fire