On Monday, Kerala police arrested two in connection with destroying the set of Tovino Thomas' upcoming film Minnal Murali. As per reports, the accused have been identified as Rashtriya Bajrang Dal Ernakulam district president Ratheesh Malayattoor and the other is Rahul. 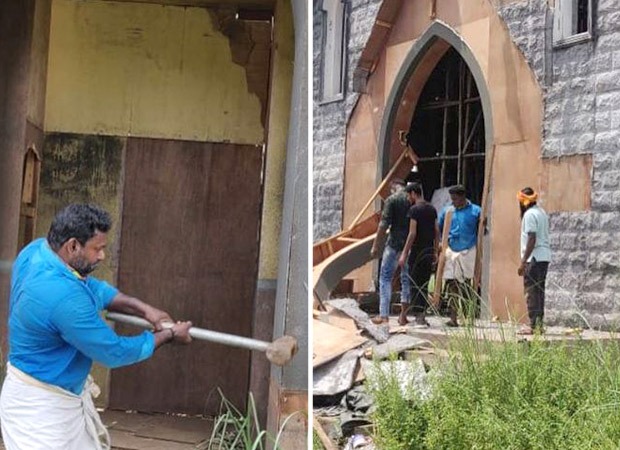 The cops have seized the vehicle that was used in the vandalism of the set. The police have also filed a case against seven members of the Rashtriya Bajrang Dal and many others.

On Sunday, a few members of the Antharashtra Hindu Parishad (AHP) and Bajrang Dal demolished the church set of the upcoming superhero film. Reportedly, the reason for destroying the set was because it was close to Adi Sankaracharya mutt in Kalady, Ernakulam. The group even claimed responsibility for the act through a social media post. Lead actor TovinoThomas had lashed out at the religious fanatic for this act in a long post on social media. Several celebrities stood in solidarity with the team of Minnal Murali.

ALSO READ: “We’ve heard of movie sets being vandalized by religious fanatics in Northern parts of India. Now, it’s happening to us,” says actor Tovino Thomas after the sets of Minnal Murali was destroyed