The teaser of KGF 2 was released recently on the birthday of superstar Yash and within 24 hours the teaser broke several records. However, the Karnataka State Anti-Tobacco Cell and Health Department have objected to visuals showing Yash lighting a cigarette and smoking in the teaser. 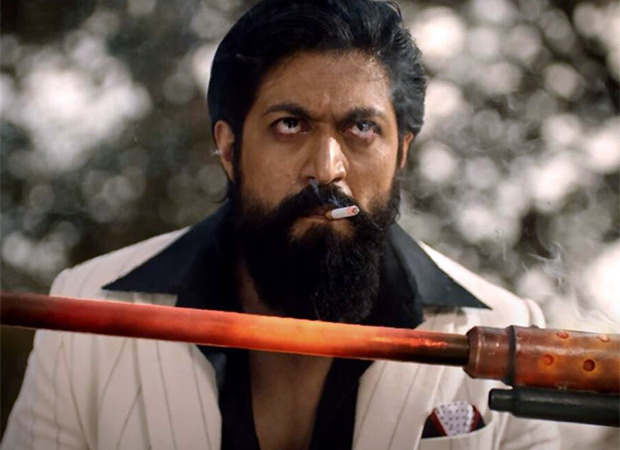 Reportedly, officials from The Karnataka State Anti-Tobacco Cell said that the smoking scenes violated Section 5 of the Cigarettes and Other Tobacco Products (Prohibition of Advertisement and Regulation of Trade and Commerce, Production, Supply and Distribution) 2003, and therefore they sought the deletion of the teaser from online platforms.

In the said scene, Yash is seen blowing up a row of jeeps with a machine gun and then goes on to light up a cigarette using the barrel of the red-hot gun. The Karnataka Health Department has also appealed to the actor to remove the problematic scene from the teaser and the film.

According to the rules, it is mandatory to display the “Smoking is injurious to health” warning on the screen. But the teaser did not have the warning. Director Prashant Neel, actor Yash and producer Vijay Kiragandur have been sent a letter raising objections regarding the same.

Karnataka Health and Medical Education Minister Dr K Sudhakar said, “Cinema star Yash is into social work, and I admire him. The Health Department has made an appeal to him about his upcoming movie. But this is not a notice. I heard that there is a smoking scene in the film and the department has asked him to remove that scene. There are many youngsters in his fan club, and this is applicable to all movies.”

ALSO READ: Sanjay Dutt on working with Prashanth Neel for KGF: Chapter 2 – “It was my first time working with him and I had all the comfort from him”