Kamal Haasan has gone and sung a song for the incredibly accomplished composing maestro Ilaiyaraaja and that too at just half an hours’ notice after the singer assigned the job of singing the intricate composition couldn’t rise to the occasion. 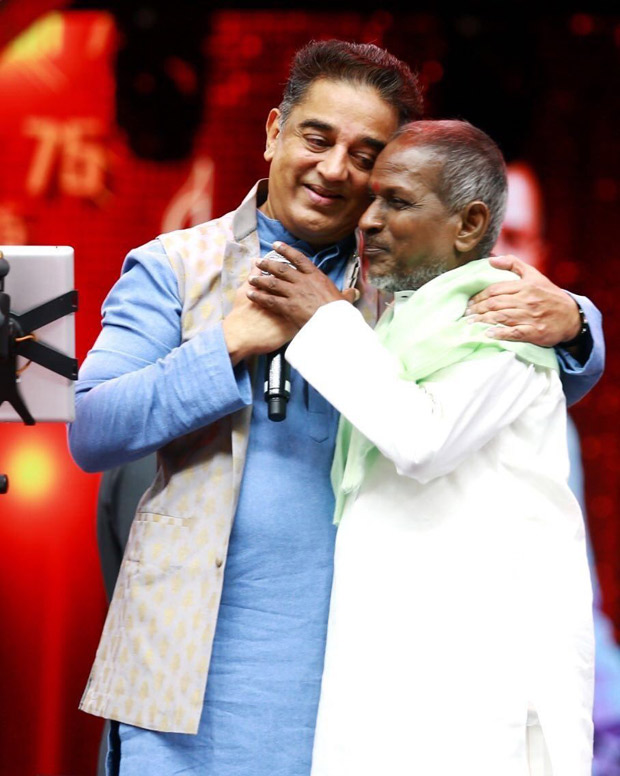 “Get me Kamal on the phone,” Ilaiyaraaja commanded his assistant. Within an hour, Kamal Haasan reached the recording studio in Chennai and in half an hour the ‘ditty’ deed was done. The song was for the Pankaj Kapoor starrer Happi, which is a tribute to Charlie Chaplin. And Kamal Haasan is a diehard Chaplin fan. The Tamil genius has paid heartfelt tributes to Chaplin in films like Pushpak and Sagar.

But the real incentive for rushing in where other professional singers tremble to venture was his ardent devotion to Ilaiyaraaja. Says Happi directorBhavna Talwar, “It all happened in a flash. We were in Chennai to record this amazing composition titled ‘Zindagi Dish’ written by Jaideep Sahni. Raja Sir(I Ilaiyaraaja) was not getting what he wanted. The singer, who was assigned to do the job, wasn’t getting it right. Raja Sir asked his assistant to contact Kamalji. Within no time, Kamalji was in the studio. It took him half an hour to record the song.”

Kamal Haasan brushed off the feat as just another part of day’s work. “My respect for certain people goes beyond the work place. Shivaji Ganesan, K. Balachander and Ilaiyaraaja are to me, idols. And if they call, I run. As simple as that.”

The astonishing multi-faceted artiste lets out an interesting self-observation. “Somehow, I find it much easier to connect with male artistes. If you see the Kathak performance in Vishwaroopam, you’d see how closely I’ve observed and imbibed Pandit Birju Maharaj’s style. This wouldn’t have been possible with a female dancer. Likewise, in music, though I deeply admire M S Subbulakshmi, Lata Mangeshkar and Asha Bhosle, it’s Balamuralikrishan that I idolize.”