The Indian Film Festival of Melbourne is one of the most popular international Indian film festivals outside of the country and it has just announced its nominations for its annual awards ceremony. Its 13th edition that kicks off this month from August 12-20 will be held in lesson and will also have a special virtual programming from August 13-30 for the Australian audiences. This year, there are over 100 films across 23 languages being screened at the film festival and the Awards night is all set to take place on August 14 in Melbourne. 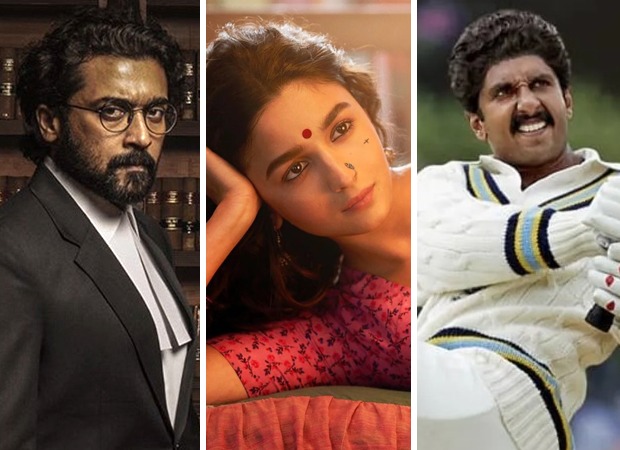 The awards will recognize best in cinematic talent from across the Indian subcontinent across the formats of feature films and will also honour acclaimed OTT series that released between August 2021 and April 2022. The Best film nominations features some of the best of Indian cinema including ‘83, Badhaai Do, Gangubai Kathiawadi, Jai Bhim, Minnal Murali, Sardar Udham among others.

Kabir Khan, Sanjay Leela Bhansali, Shoojit Sircar are some names that were a part of the Best Directors nominations whereas Madhuri Dixit  and Raveena Tandon were also included for their performances in the OTT series, The Fame Game and Aranyak respectively.

The IFFM 2022 jury panel boasts of members that include names like global award-winning film editor Jill Bilcock, one of Australia’s renowned actors Vince Colosimo, multi award winning director Geoffrey Wright and multi award winning filmmaker Nadia Tass. The IIFM festival, which is presented by the Victorian Government, is an annual festival that takes place in Melbourne, Australia, and showcases the best of films from India and the subcontinent. The IFFM 2022 is making its comeback for its physical version of the festival, after it was been solely virtual for the last two years.

Also Read: Abhishek Bachchan and cricketer Kapil Dev to hoist the Indian tricolour at the Indian Film Festival of Melbourne