A few months back, an unfortunate accident on the sets of Kamal Haasan's Indian 2 led to the demise of three and several injured. Now, Kamal Haasan along with filmmaker Shankar and Lyca Productions have given Rs 1 crore each to the family of the deceased. Back in February, mid-shooting a crane came crashing down. Actors Kamal Haasan and Kajal Aggarwal were also on the set but escaped unhurt. 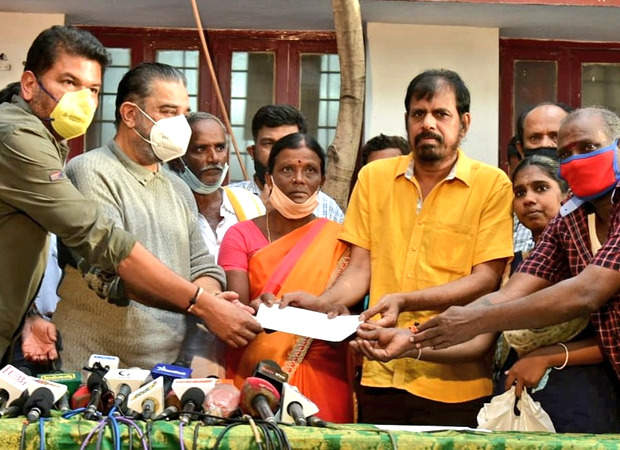 Post the accident, the team had announced an aid of Rs. 1 crore each to the family of the deceased and the cheques were handed over on Thursday in the presence of Film Employees Federation of South India (FEFSI) president RK Selvamani. Besides the Rs 3 crore compensation, Rs 90 lakh was handed over to a technician named Ramarajn who was severely injured.

“We should ensure that another mishap like this doesn’t happen. As actors and directors, we could help the families that were affected by this incident but I want to appreciate the producers for rising to the occasion and offering help,” Kamal Haasan said at the press meet.

Directed by Shankar, Indian 2 is a sequel to 1996 film, Indian. It also stars Kajal Aggarwal, Rakul Preet Singh, and Siddharth among others.